Oxford Companion to the Brontes 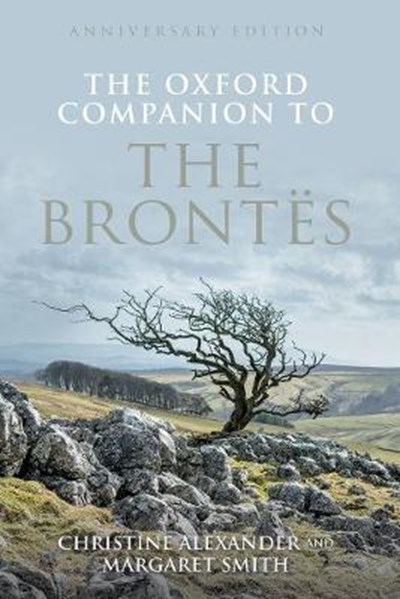 Oxford Companion to the Brontes

QTY
Add to Basket
Publisher: Oxford University Press
ISBN: 9780198819950
Number of Pages: 640
Published: 19/04/2018
Width: 16.4 cm
Height: 24.1 cm
Description Author Information Reviews
This special edition of The Oxford Companion to the Brontes commemorates the bicentenary of Emily Bronte's birth in July 1818 and provides comprehensive and detailed information about the lives, works, and reputations of the Brontes - the three sisters Charlotte, Emily, and Anne, their father, and their brother Branwell. Expanded entries surveying the Brontes' lives and works are supplemented by entries on friends and acquaintances, pets, literary and political heroes; on the places they knew and the places they imagined; on their letters, drawings and paintings; on historical events such as Chartism, the Peterloo Massacre, and the Ashantee Wars; on exploration, slavery, and religion. Selected entries on the characters and places in the Bronte juvenilia provide a glimpse into their early imaginative worlds, and entries on film, ballet, and musicals indicate the extent to which their works have inspired others. A new foreword to the text has been also penned by Claire Harman, award-winning writer and literary critic, and recent biographer of Charlotte Bronte. This is a unique and authoritative reference book for the research student and the general reader. The A-Z format, extensive cross-referencing, classified contents, chronologies, illustrations, and maps, both facilitate quick reference and encourage further exploration. This Companion is not only invaluable for quick searches, but a delight to browse, and an inspiration to further reading.

Christine Alexander is Emeritus Scientia Professor of English at the University of New South Wales, Fellow of the Australian Academy of the Humanities, and general editor of the Juvenilia Press. Her books include the multi-volume Edition of the Early Writings of Charlotte BrontA", the co-authored The Art of the BrontA"s, The BrontA'sa Tales of Glass Town, Angria, and Gondal: Selected Early Writings, Jane Austen's Love and Friendship and Other Youthful Writings, and the British Academy prize-winning book The Early Writings of Charlotte BrontA". She has also published widely on gothic literature, critical editing, literary juvenilia, and landscape gardening, and has co-edited The Child Writer from Austen to Woolf. Margaret Smith was formerly Honorary Fellow of the Institute for Advanced Research in Arts and Social Science, University of Birmingham, and a Vice-President of the Bronte Society. She has edited many of the Brontes' works, including The Professor, Jane Eyre, Shirley, Villette, and The Tenant of Wildfell Hall, and The Letters of Charlotte Bronte.