Oxford History of Anglicanism, Volume I 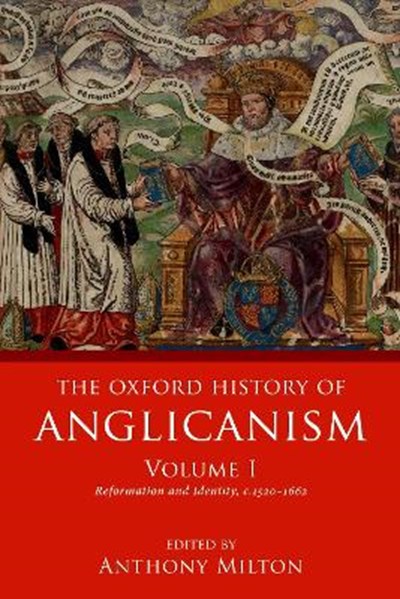 Oxford History of Anglicanism, Volume I

QTY
Add to Basket
Publisher: Oxford University Press
ISBN: 9780198822318
Number of Pages: 528
Published: 04/07/2019
Width: 15.6 cm
Height: 23.2 cm
Description Author Information Reviews
The Oxford History of Anglicanism is a major new and unprecedented international study of the identity and historical influence of one of the world's largest versions of Christianity. This global study of Anglicanism from the sixteenth century looks at how was Anglican identity constructed and contested at various periods since the sixteenth century; and what was its historical influence during the past six centuries. It explores not just the ecclesiastical and theological aspects of global Anglicanism, but also the political, social, economic, and cultural influences of this form of Christianity that has been historically significant in western culture, and a burgeoning force in non-western societies today. The chapters are written by international exports in their various historical fields which includes the most recent research in their areas, as well as original research. The series forms an invaluable reference for both scholars and interested non-specialists. Volume one of The Oxford History of Anglicanism examines a period when the nature of 'Anglicanism' was still heavily contested. Rather than merely tracing the emergence of trends that we associate with later Anglicanism, the contributors instead discuss the fluid and contested nature of the Church of England's religious identity in these years, and the different claims to what should count as 'Anglican' orthodoxy. After the introduction and narrative chapters explain the historical background, individual chapters then analyse different understandings of the early church and church history; variant readings of the meaning of the royal supremacy, the role of bishops and canon law, and cathedrals; the very diverse experiences of religion in parishes, styles of worship and piety, church decoration, and Bible usage; and the competing claims to 'Anglican' orthodoxy of puritanism, 'avant-garde conformity' and Laudianism. Also analysed are arguments over the Church of England's confessional identity and its links with the foreign Reformed Churches, and the alternative models provided by English Protestant activities in Ireland, Scotland and North America. The reforms of the 1640s and 1650s are included in their own right, and the volume concludes that the shape of the Restoration that emerged was far from inevitable, or expressive of a settled 'Anglican' identity.

Anthony Milton is Professor of History at the University of Sheffield. His publications include Catholic and Reformed: The Roman and Protestant Churches in English Protestant Thought, 1600-1640 (Cambridge University Press, 1995) and Laudian and royalist polemic in seventeenth-century England: The career and writings of Peter Heylyn (Manchester University Press, 2007).