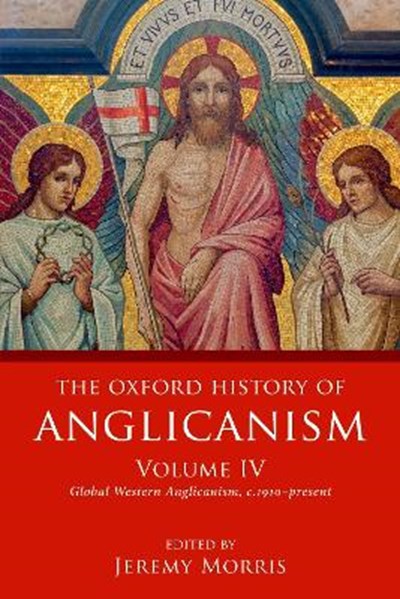 QTY
Add to Basket
Publisher: Oxford University Press
ISBN: 9780198822332
Number of Pages: 480
Published: 04/07/2019
Width: 15.6 cm
Height: 23.1 cm
Description Author Information Reviews
The Oxford History of Anglicanism is a major new and unprecedented international study of the identity and historical influence of one of the world's largest versions of Christianity. This global study of Anglicanism from the sixteenth century looks at how was Anglican identity constructed and contested at various periods since the sixteenth century; and what was its historical influence during the past six centuries. It explores not just the ecclesiastical and theological aspects of global Anglicanism, but also the political, social, economic, and cultural influences of this form of Christianity that has been historically significant in western culture, and a burgeoning force in non-western societies today. The chapters are written by international exports in their various historical fields which includes the most recent research in their areas, as well as original research. The series forms an invaluable reference for both scholars and interested non-specialists. Volume four of The Oxford History of Anglicanism explores Anglicanism examines the twentieth-century history of Anglicanism in North America, Britain and Ireland, and Australasia. A historiographical introduction provides insight into changing historical interpretation. The volume explores perspectives on secularization, decolonization, mission, and the theological identity of Anglicanism. It highlights the global communion's movement away from an Anglo-centric leadership and a British imperial legacy towards greater diversity and greater influence for the global south. Ten themed chapters open up complementary aspects of the history of Western Anglicanism, including theological development, social justice, women, human sexuality, ecumenical relations, mission and decolonization, war and peace, liturgical revision, sociological analysis, and the relationship of the church, state, and nationalism. A further section on institutional development looks at the history of communion-wide institutions in the twentieth century, and at changing ideas of Anglican identity. Later chapters survey the regional history of Western Anglicanism in three substantial chapters examining excessively Australia and New Zealand, North America, and the British Isles.

Dr Jeremy Morris is Master of Trinity Hall. He was Dean of Trinity Hall from 2001 to 2010, and then of King's College, Cambridge from 2010 to 2014. His academic interests include modern European church history, Anglican theology and ecclesiology (especially High Anglicanism), the ecumenical movement, and arguments about religion and secularization. His publications include F. D. Maurice and the Crisis of Christian Authority (OUP, 2005) and The High Church Revival in the Church of England (Brill, 2016).