From Common Curiosity to Logical Reasoning 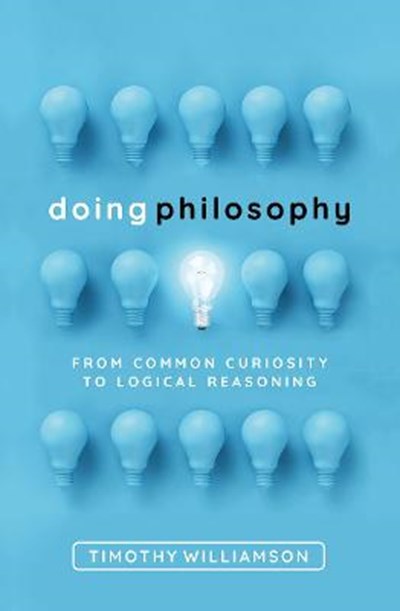 From Common Curiosity to Logical Reasoning

QTY
Add to Basket
Publisher: Oxford University Press
ISBN: 9780198822516
Number of Pages: 176
Published: 23/08/2018
Width: 13.5 cm
Height: 20.3 cm
Description Author Information Reviews
What are philosophers trying to achieve? How can they succeed? Does philosophy make progress? Is it in competition with science, or doing something completely different, or neither? Timothy Williamson tackles some of the key questions surrounding philosophy in new and provocative ways, showing how philosophy begins in common sense curiosity, and develops through our capacity to dispute rationally with each other. Discussing philosophy's ability to clarify our thoughts, he explains why such clarification depends on the development of philosophical theories, and how those theories can be tested by imaginative thought experiments, and compared against each other by standards similar to those used in the natural and social sciences. He also shows how logical rigour can be understood as a way of enhancing the explanatory power of philosophical theories. Drawing on the history of philosophy to provide a track record of philosophical thinking's successes and failures, Williamson overturns widely held dogmas about the distinctive nature of philosophy in comparison to the sciences, demystifies its methods, and considers the future of the discipline. From thought experiments, to deduction, to theories, this little book will cause you to totally rethink what philosophy is.

Timothy Williamson is the Wykeham Professor of Logic at the University of Oxford and A. Whitney Griswold Visiting Professor at Yale University. Previously he was the Professor of Logic and Metaphysics at Edinburgh University. He has published books and articles on many branches of philosophy, some of which have been translated into German, Spanish, French, Italian, Hungarian, Serbian, Turkish, Chinese, Korean, and other languages. He frequently writes on philosophy in the Times Literary Supplement, the New York Times blog The Stone, and newspapers in various countries.