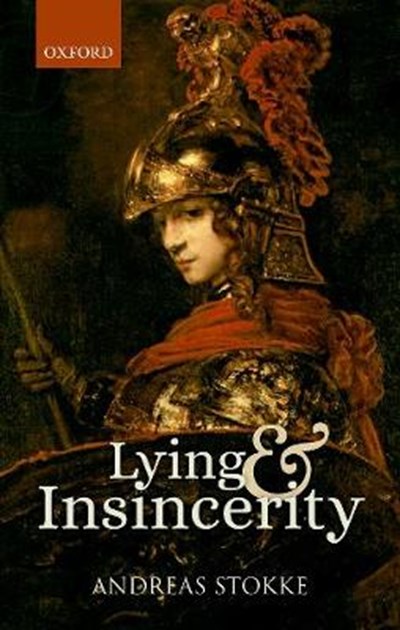 QTY
Add to Basket
Publisher: Oxford University Press
ISBN: 9780198825968
Number of Pages: 260
Published: 26/07/2018
Width: 14.8 cm
Height: 22.5 cm
Description Author Information Reviews
Andreas Stokke presents a comprehensive study of lying and insincere language use. He investigates how lying relates to other forms of insincerity and explores the kinds of attitudes that go with insincere uses of language. Part I develops an account of insincerity as a linguistic phenomenon. Stokke provides a detailed theory of the distinction between lying and speaking insincerely, and accounts for the relationship between lying and deceiving. A novel framework of assertion underpins the analysis of various kinds of insincere speech, including false implicature and forms of misleading with presuppositions, prosodic focus, and semantic incompleteness. Part II sets out the relationship between what is communicated and the speaker's attitudes. Stokke develops the view of insincerity as a shallow phenomenon that is dependent on conscious attitudes rather than deeper motivations. The various of ways of speaking while being indifferent toward what one communicates are covered, and the phenomenon of 'bullshitting' is distinguished from lying and other forms of insincerity. Finally, an account of insincere uses of interrogative, imperative, and exclamative utterances is also given.