Essays on the Philosophy of Liturgy 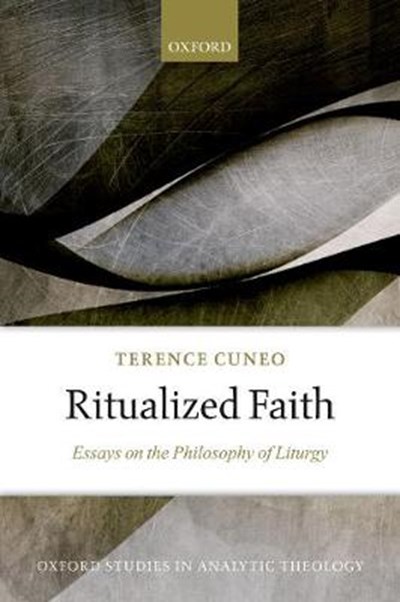 Essays on the Philosophy of Liturgy

QTY
Add to Basket
Publisher: Oxford University Press
ISBN: 9780198828808
Number of Pages: 240
Published: 07/06/2018
Width: 15.5 cm
Height: 23.5 cm
Description Author Information Reviews
Central to the lives of the religiously committed are not simply religious convictions but also religious practices. The religiously committed, for example, regularly assemble to engage in religious rites, including corporate liturgical worship. Although the participation in liturgy is central to the religious lives of many, few philosophers have given it attention. In this collection of essays, Terence Cuneo turns his attention to liturgy, contending that the topic proves itself to be philosophically rich and rewarding. Taking the liturgical practices of Eastern Christianity as its focal point, Ritualized Faith examines issues such as what the ethical importance of ritualized religious activities might be, what it is to immerse oneself in such activities, and what the significance of liturgical singing and iconography are. In doing so, Cuneo makes sense of these liturgical practices and indicates why they deserve a place in the religiously committed life.

Terence Cuneo is Professor of Philosophy at the University of Vermont. In addition to having published a wide array of essays in the foundations of ethics, the history of philosophy, and the philosophy of religion, Cuneo's books include Speech and Morality: On the Metaethical Implications of Speaking (OUP, 2014) and The Normative Web: An Argument for Moral Realism (OUP, 2007), which was awarded Honorable Mention, American Philosophical Association Biennial Book Prize 2007-2009.