Book of Baruch by the Gnostic Justin 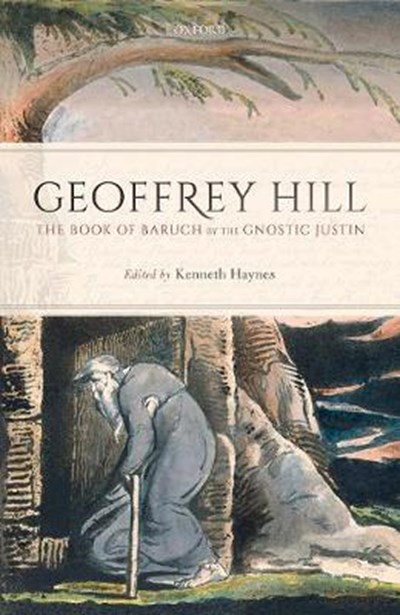 Book of Baruch by the Gnostic Justin

QTY
Add to Basket
Publisher: Oxford University Press
ISBN: 9780198829522
Number of Pages: 160
Published: 17/04/2019
Width: 16.4 cm
Height: 24.2 cm
Description Author Information Reviews
At his death in 2016, Geoffrey Hill left behind The Book of Baruch by the Gnostic Justin, his last work, a sequence of more than 270 poems, to be published posthumously as his final statement. Written in long lines of variable length, with much off-rhyme and internal rhyme, the verse-form of the book stands at the opposite end from the ones developed in the late Daybooks of Broken Hierarchies (2013), where he explored highly taut constructions such as Sapphic meter, figure-poems, fixed rhyming strophes, and others. The looser metrical plan of the new book admits an enormous range of tones of voices. Thematically, the work is a summa of a lifetime's meditation on the nature of poetry. A riot of similes about the poetic art makes a passionate claim for the enduring strangeness of poetry in the midst of its evident helplessness. The relation between art and spirituality is another connecting thread. In antiquity, Justin's gnostic Book of Baruch was identified as the 'worst of heresies,' and the use of it in Hill's poem, as well as the references to alchemy, heterodox theological speculation, and the formal logics of mathematics, music, and philosophy are made coolly, as art and as emblems for our inadequate and perplexed grasp of time, fate, and eternity. A final set of themes is autobiographical, including Hill's childhood, the bombing of London, his late trip to Germany, his alarm and anger at Brexit, and his sense of decline and of death close at hand. It is a great work, and in Hill's oeuvre it is a uniquely welcoming work, open to all comers.

Geoffrey Hill, the son of a police constable, was born in Worcestershire in 1932. He was educated at Bromsgrove County High School and at Keble College, Oxford. After teaching for more than thirty years in England, first at Leeds and subsequently at Cambridge, he became Professor of Literature and Religion at Boston University in Massachusetts, where he was also founding co-director of the Editorial Institute. In 2010 he was elected Professor of Poetry at the University of Oxford. Kenneth Haynes is Professor of Comparative Literature and Classics at Brown University.