Catholic Doctrines on the Jewish People after Vatican II 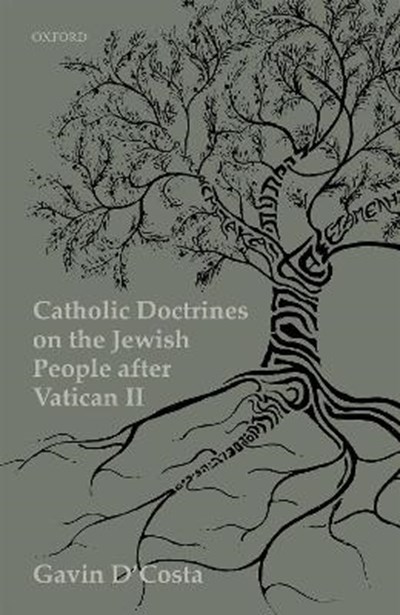 Catholic Doctrines on the Jewish People after Vatican II

eBook FAQ
Add to Basket
Publisher: Oxford University Press
ISBN: 9780198830207
Number of Pages: 240
Published: 21/10/2019
Width: 16 cm
Height: 24 cm
Description Author Information Reviews
In this timely study Gavin D'Costa explores Roman Catholic doctrines after the Second Vatican Council regarding the Jewish people (1965 - 2015). It establishes the emergence of the teaching that God's covenant with the Jewish people is irrevocable. What does this mean for Catholics regarding Jewish religious rituals, the land, and mission? Catholic Doctrines on the Jewish People after Vatican II establishes that the Catholic Church has a new teaching about the Jewish people: the covenant made with God is irrevocable. D'Costa faces head-on three important issues arising from the new teaching. First, previous Catholic teachings seem to claim Jewish rituals are invalid. He argues this is not the case. Earlier teachings allow us positive insights into the modern question. Second, a nuanced case for Catholic minimalist Zionism is advanced, without detriment to the Palestinian cause. This is in keeping with Catholic readings of scripture and the development of the Holy See's attitude to the State of Israel. Third, the painful question of mission is explored. D'Costa shows the new approach safeguards Jewish identity and allows for the possibility of successful witness by Hebrew Catholics who retain their Jewish identity and religious life.

Gavin D'Costa is Professor of Catholic Theology at the University of Bristol and has advised the Vatican and the English and Welsh Catholic Church and the English Anglican Church on interreligious dialogue. His publications include The Second Vatican Council: Celebrating its Achievements and the Future (Bloomsbury, 2013), Religion in a Liberal State (Cambridge University Press, 2013) and Vatican II: Catholic Doctrines on Jews and Muslims (Oxford University Press 2014)