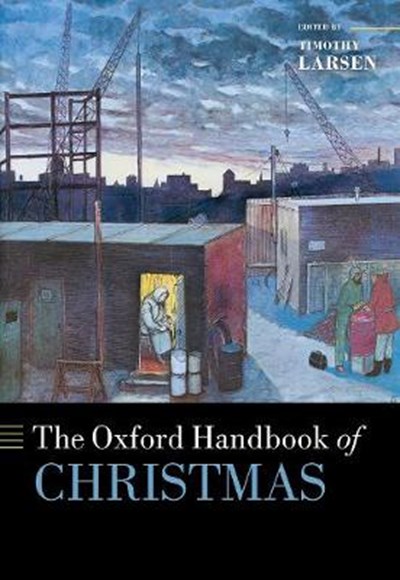 eBook FAQ
Add to Basket
Publisher: Oxford University Press
ISBN: 9780198831464
Number of Pages: 656
Published: 21/10/2020
Width: 18.1 cm
Height: 25.4 cm
Description Author Information Reviews
The Oxford Handbook of Christmas provides a comprehensive, interdisciplinary account of all aspects of Christmas across the globe, from the specifically religious to the purely cultural. The contributions are drawn from a distinguished group of international experts from across numerous disciplines, including literary scholars, theologians, historians, biblical scholars, sociologists, anthropologists, art historians, and legal experts. The volume provides authoritative treatments of a range of topics, from the origins of Christmas to the present; decorating trees to eating plum pudding; from the Bible to contemporary worship; from carols to cinema; from the Nativity Story to Santa Claus; from Bethlehem to Japan; from Catholics to Baptists; from secularism to consumerism. Christmas is the biggest celebration on the planet. Every year, a significant percentage of the world's population is draw to this holiday-from Cape Cod to Cape Town, from South America to South Korea, and on and on across the globe. The Christmas season takes up a significant part of the entire year. For many countries, the holiday is a major force in their national economy. Moreover, Christmas is not just a modern holiday, but has been an important feast for most Christians since the fourth century and a dominant event in many cultures and countries for over a millennium. The Oxford Handbook of Christmas provides an invaluable reference point for anyone interested in this global phenomenon.

Professor Timothy Larsen is McManis Professor of Christian Thought, Wheaton College; an Honorary Fellow, School of Divinity, University of Edinburgh; and an Honorary Research Fellow, University of Wales Trinity Saint David. He has been a Visiting Fellow at Trinity College, Cambridge, and All Souls College, Oxford. His books include Crisis of Doubt: Honest Faith in Nineteenth-Century England (OUP 2006); A People of One Book: The Bible and the Victorians (OUP 2011); The Slain God: Anthropologists and the Christian Faith (OUP 2014); and John Stuart Mill: A Secular Life (OUP 2018).