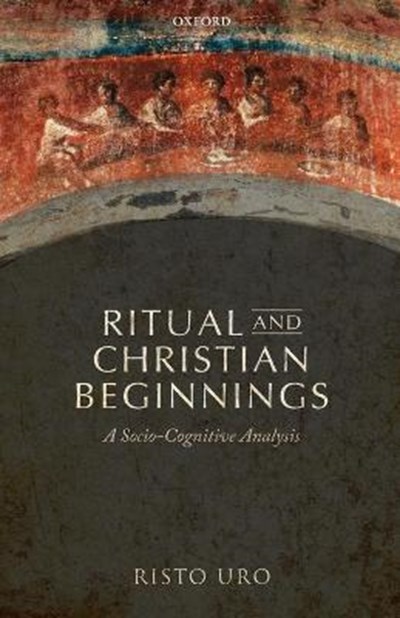 QTY
Add to Basket
Publisher: Oxford University Press
ISBN: 9780198833222
Number of Pages: 240
Published: 31/10/2018
Width: 14.2 cm
Height: 21.6 cm
Description Author Information Reviews
The rise of early Christianity has been examined from a myriad of perspectives, but until recently ritual has been a neglected topic. Ritual and Christian Beginnings: A Socio-Cognitive Analysis argues that ritual theory is indispensable for the study of Christian beginnings. It also makes a strong case for the application of theories and insights from the Cognitive Science of Religion, a field that has established itself as a vigorous movement in Religious Studies over the past two decades. Risto Uro develops a 'socio-cognitive' approach to the study of early Christian rituals, seeking to integrate a social-level analysis with findings from the cognitive and evolutionary sciences. Ritual and Christian Beginnings provides an overview of how ritual has been approached in previous scholarship, including reasons for its neglect, and introduces the reader to the emerging fields of Ritual Studies and the Cognitive Science of Religion. In particular, it explores the ways in which cognitive theories of ritual can shed new light on issues discussed by early Christian scholars, and opens up new questions and avenues for further research. The socio-cognitive approach to ritual is applied to a number of test cases, including John the Baptist, the ritual healing practiced by Jesus and the early Christians, the social life of Pauline Christianity, and the development of early Christian baptismal practices. The analysis creates building blocks for a new account of Christian beginnings, highlighting the role of ritual innovation, cooperative signalling, and the importance of bodily actions for the generation and transmission of religious knowledge.

Risto Uro is a Senior Lecturer in New Testament Studies and Chair of the BA programme in Theology and Religious Studies at the University of Helsinki. His research covers such areas as the Synoptic Gospels, the Nag Hammadi Library, and the social history of early Christianity. His publications include The Oxford Handbook of Early Christian Ritual (2018) and Explaining Christian Origins and Early Judaism: Contributions from Cognitive and Social Science (co-edited with Petri Luomanen; 2007).