Augustine's Early Thought on the Redemptive Function of Divine Judgement 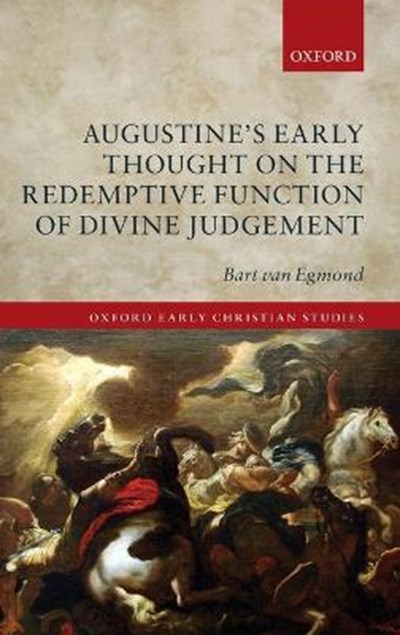 Augustine's Early Thought on the Redemptive Function of Divine Judgement

eBook FAQ
Add to Basket
Publisher: Oxford University Press
ISBN: 9780198834922
Number of Pages: 304
Published: 13/12/2018
Width: 16.4 cm
Height: 24 cm
Description Author Information Reviews
Augustine's Early Thought on the Redemptive Function of Divine Judgement considers the relationship between Augustine's account of God's judgment and his theology of grace in his early works. How does God use his law and the penal consequences of its transgression in the service of his grace, both personally and through his 'agents' on earth? Augustine reflected on this question from different perspectives. As a teacher and bishop, he thought about the nature of discipline and punishment in the education of his pupils, brothers, and congregants. As a polemicist against the Manichaeans and as a biblical expositor, he had to grapple with issues regarding God's relationship to evil in the world, the violence God displays in the Old Testament, and in the death of his own Son. Furthermore, Augustine meditated on the way God's judgment and grace related in his own life, both before and after his conversion. Bart van Egmond follows the development of Augustine's early thought on judgment and grace from the Cassiacum writings to the Confessions. The argument is contextualized both against the background of the earlier Christian tradition of reflection on the providential function of divine chastisement, and the tradition of psychagogy that Augustine inherited from a variety of rhetorical and philosophical sources. This study expertly contributes to the ongoing scholarly discussion on the development of Augustine's doctrine of grace, and to the conversation on the theological roots of his justification of coercion against the Donatists.

Bart van Egmond is a minister at the Reformed Church (liberated) in Capelle aan den IJssel, the Netherlands. His doctoral studies were conducted at Kampen Theological University and the Catholic University of Leuven.