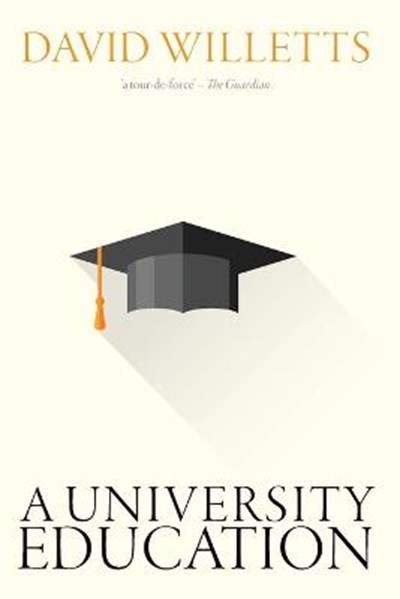 QTY
Add to Basket
Publisher: Oxford University Press
ISBN: 9780198835127
Number of Pages: 496
Published: 25/04/2019
Width: 16.4 cm
Height: 23.4 cm
Description Author Information Reviews
Universities have a crucial role in the modern world. In England, entrance to universities is by nation-wide competition which means English universities have an exceptional influence on schools-a striking theme of the book. This important book first investigates the university as an institution and then tracks the individual on their journey to and through university. In A University Education, David Willetts presents a compelling case for the ongoing importance of the university, both as one of the great institutions of modern society and as a transformational experience for the individual. The book also makes illuminating comparisons with higher education in other countries, especially the US and Germany. Drawing on his experience as UK Minister for Universities and Science from 2010 to 2014, the author offers a powerful account of the value of higher education and the case for more expansion. He covers controversial issues in which he was involved from access for disadvantaged students to the introduction of GBP9,000 fees. The final section addresses some of the big questions for the future, such as the the relationship between universities and business, especially in promoting innovation.. He argues that the two great contemporary trends of globalisation and technological innovation will both change the university significantly. This is an authoritative account of English universities setting them for the first time in their new legal and regulatory framework.

David Willetts was Minister for Universities and Science in the Coalition Government. He is now a Visiting Professor at King's College London and a member of the House of Lords. He served as an official in HM Treasury and in Margaret Thatcher's No 10 Policy Unit. He has written widely on economic and social policy. His previous book was The Pinch, How the Baby Boomers took Their Children's Future-And Why They Should Give it Back (2011). He is executive Chair of the Resolution Foundation. He is Senior Adviser to the American ed tech company 2U, an Honorary Fellow of Nuffield College, Oxford, an Honorary Fellow of The Royal Society, and Chancellor of Leicester University.