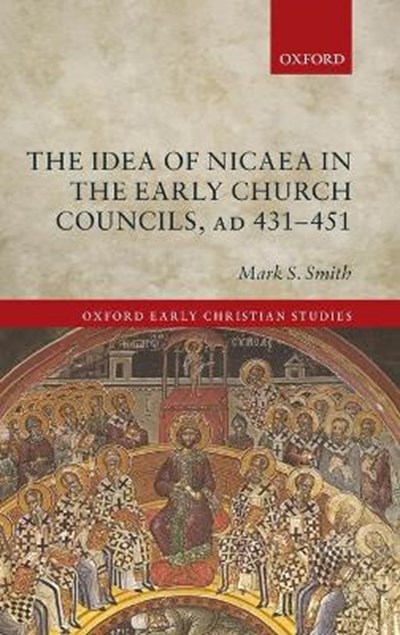 eBook FAQ
Add to Basket
Publisher: Oxford University Press
ISBN: 9780198835271
Number of Pages: 246
Published: 26/12/2018
Width: 16.3 cm
Height: 23.6 cm
Description Author Information Reviews
The Idea of Nicaea in the Early Church Councils examines the role that appeals to Nicaea (both the council and its creed) played in the major councils of the mid-fifth century. It argues that the conflict between rival construals of Nicaea, and the struggle convincingly to arbitrate between them, represented a key dynamic driving-and unsettling-the conciliar activity of these decades. Mark S. Smith identifies a set of inherited assumptions concerning the role that Nicaea was expected to play in orthodox discourse-namely, that it possessed unique authority as a conciliar event, and sole sufficiency as a credal statement. The fundamental dilemma was thus how such shibboleths could be persuasively reaffirmed in the context of a dispute over Christological doctrine that the resources of the Nicene Creed were inadequate to address, and how the convening of new oecumenical councils could avoid fatally undermining Nicaea's special status. Smith examines the articulation of these contested ideas of 'Nicaea' at the councils of Ephesus I (431), Constantinople (448), Ephesus II (449), and Chalcedon (451). Particular attention is paid to the role of conciliar acta in providing carefully-shaped written contexts within which the Nicene Creed could be read and interpreted. This study proposes that the capacity of the idea of 'Nicaea' for flexible re-expression was a source of opportunity as well as a cause of strife, allowing continuity with the past to be asserted precisely through adaptation and modification, and opening up significant new paths for the articulation of credal and conciliar authority. The work thus combines a detailed historical analysis of the reception of Nicaea in the proceedings of the fifth-century councils, with an examination of the complex delineation of theological 'orthodoxy' in this period. It also reflects more widely on questions of doctrinal development and ecclesial reception in the early church.

Mark S. Smith is Dean and Fellow of Clare College, Cambridge and lectures in the Faculty of Divinity, University of Cambridge.