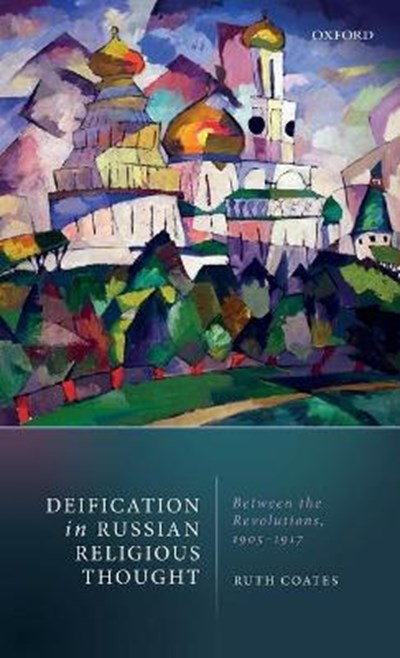 eBook FAQ
Add to Basket
Publisher: Oxford University Press
ISBN: 9780198836230
Number of Pages: 246
Published: 18/09/2019
Width: 14.1 cm
Height: 22.4 cm
Description Author Information Reviews
Deification in Russian Religious Thought considers the reception of the Eastern Christian (Orthodox) doctrine of deification by Russian religious thinkers of the immediate pre-revolutionary period. Deification is the metaphor that the Greek patristic tradition came to privilege in its articulation of the Christian concept of salvation: to be saved is to be deified, that is, to share in the divine attribute of immortality. In the Christian narrative of the Orthodox Church 'God became human so that humans might become gods'. Ruth Coates shows that between the revolutions of 1905 and 1917 Russian religious thinkers turned to deification in their search for a commensurate response to the apocalyptic dimension of the universally anticipated destruction of the Russian autocracy and the social and religious order that supported it. Focusing on major works by four prominent thinkers of the Russian Religious Renaissance-Dmitry Merezhkovsky, Nikolai Berdiaev, Sergei Bulgakov, and Pavel Florensky-Coates demonstrates the salience of the deification theme and explores the variety of forms of its expression. She argues that the reception of deification in this period is shaped by the discourse of early Russian cultural modernism, and informed not only by theology, but also by nineteenth-century currents in Russian religious culture and German philosophy, particularly as these are received by the novelist Fedor Dostoevsky and the philosopher Vladimir Soloviev. In the works that are analysed, deification is taken out of its original theological context and applied respectively to politics, creativity, economics, and asceticism. At the same time, all the thinkers represented in the book view deification as a project: a practice that should deliver the total transformation and immortalisation of human beings, society, culture, and the material universe, and this is what connects them to deification's theological source.

Ruth Coates is Senior Lecturer in the Department of Russian Studies at the University of Bristol. She held a Laming Junior Fellowship from Queen's College Oxford, then Temporary Lectureships at the University of Manchester and the School of Slavonic Studies in London. She is the author of Christianity in Bakhtin: God and the Exiled Author (1998) and co-editor of Landmarks Revisited: The Vekhi Symposium 100 Years On (with Robin Aizlewood; 2013).