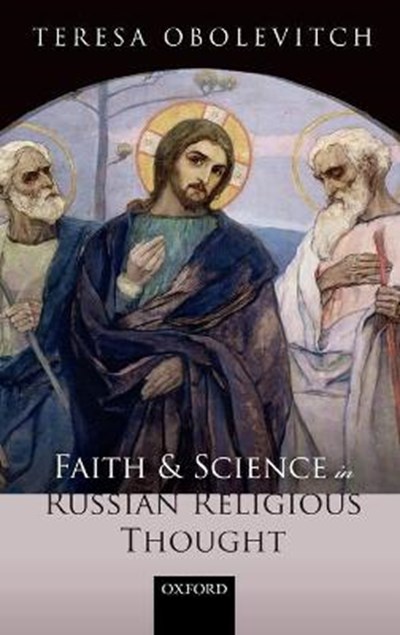 eBook FAQ
Add to Basket
Publisher: Oxford University Press
ISBN: 9780198838173
Number of Pages: 240
Published: 15/05/2019
Width: 16 cm
Height: 23.5 cm
Description Author Information Reviews
Faith and Science in Russian Religious Thought provides a comprehensive analysis of the relationship between science and faith in Russian religious thought. Teresa Obolevitch offers a synthetic approach on the development of the problem throughout the whole history of Russian thought, starting from the medieval period and arriving in contemporary times. She considers the relationship between science and religion in the eighteenth century, the so-called academic philosophy of the 19th and 20th century, the thought of Peter Chaadaev, the Slavophiles, and in the most influential literature figures, such as Fedor Dostoevsky and Lev Tolstoy. The volume also analyses two channels of the formation of philosophy in the context of the relationship between theology and science in Russia. The first is connected with the attempt to rationalize the truths of faith and is exemplified by Vladimir Soloviev and Nikolai Lossky; the second wtih the apophatic tradition is presented by Pavel Florensky and Semen Frank. The book then describes the relation to scientific knowledge in the thought of Lev Shestov, Nikolai Berdyaev, Sergius Bulgakov, and Alexei Losev as well as the original project of Russian Cosmism (on the examples of Nikolai Fedorov, Konstantin Tsiolkovsky, and Vladimir Vernadsky). Obolevitch presents the current state of the discussion on this topic by paying attention to the Neopatristic synthesis (Fr Georges Florovsky and his followers) and offers the brief comparative analyse of the relationship between science and religion from the Western and Russian perspectives.

Teresa Obolevitch is Head of the Chair of Russian and Byzantine Philosophy at the Pontifical University of John Paul II in Krakow. Obolevitch belongs to the Catholic Congregation of the Servants of the Immaculate Virgin Mother of God and is a member of the Committee on Philosophical Sciences in Polish Academy of Sciences in Warsaw and Copernicus Center for Interdisciplinary Studies in Krakow. Her publications include Faith and Reason in Russian Thought (co-edited with Pawel Rojek; 2015), Apology of Culture: Religion and Culture in Russian Thought (co-edited with Artur Mrowczynski-Van Allen and Pawl Rojek; 2015), and Beyond Modernity: Russian Religious Philosophy and Post-Secularism (co-edited with Artur Mrowczynski-Van Allen and Pawl Rojek; 2016).