How Science Swims in the Slipstream of Ultimate Questions 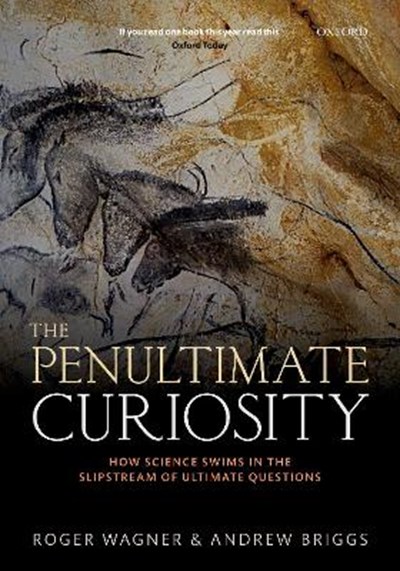 How Science Swims in the Slipstream of Ultimate Questions

eBook FAQ
Add to Basket
Publisher: Oxford University Press
ISBN: 9780198839286
Number of Pages: 496
Published: 17/04/2019
Width: 16.8 cm
Height: 23.9 cm
Description Author Information Reviews
When young children first begin to ask 'why?' they embark on a journey with no final destination. The need to make sense of the world as a whole is an ultimate curiosity that lies at the root of all human religions. It has, in many cultures, shaped and motivated a more down to earth scientific interest in the physical world, which could therefore be described as penultimate curiosity. These two manifestations of curiosity have a history of connection that goes back deep into the human past. Tracing that history all the way from cave painting to quantum physics, this book (a collaboration between a painter and a physical scientist that uses illustrations throughout the narrative) sets out to explain the nature of the long entanglement between religion and science: the ultimate and the penultimate curiosity.

Roger Wagner has been described by Charles Moore as the "best religious painter in Britain today". He gained first class honours in English Literature at Oxford, and then studied for three years at the Royal Academy before returning to live in Oxford and paint full time. Both The Ashmolean Museum at Oxford and The Fitzwilliam Museum at Cambridge have his work in their permanent collections. He has produced several books of illustrated poems and translations of the Psalms. Since 2010 he has taught at the Ruskin School of Art. A book about his work Forms of Transcendence The Art of Roger Wagner by Chris Miller was published in 2009. His 2012 Gresham College lecture was published on the web http://www.youtube.com/watch?v=uMb8rIQbTGc. His new stained glass window was installed in St Mary's Iffley in 2012. He was commissioned to paint the first portrait of Justin Welby as Archbishop of Canterbury, which in 2014 was hung in Auckland Castle. Andrew Briggs was elected in 2002 as the first holder of the newly created Chair in Nanomaterials at the University of Oxford. After studying physics at Oxford he gained a PhD at the Cavendish Laboratory in Cambridge, where the inscription from the Psalms was placed over the entrance of the new laboratory at his initiative. He then studied for a degree in Theology at Cambridge, winning the Chase Prize for Greek, before returning to Oxford in 1980 to pursue an academic career in science. In what is now the Department of Materials he has been successively Royal Society Research Fellow, University Lecturer, Reader, and Professor. His scientific research focuses on materials and techniques for quantum technologies, in which non-classical superposition and entanglement are harnessed for future applications such as computers and information processors. Simultaneously his experiments also probe foundational questions such as the nature of reality in the context of quantum theory.