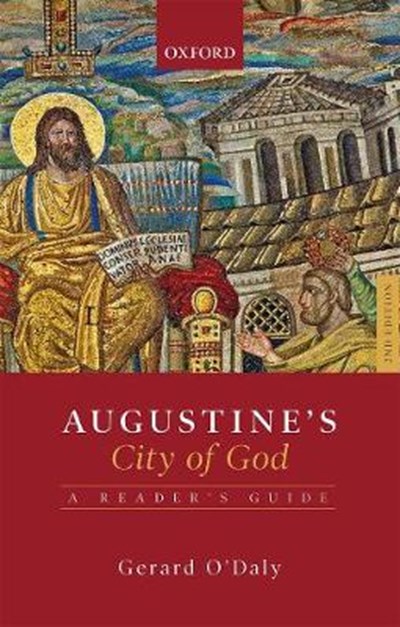 eBook FAQ
Add to Basket
Publisher: Oxford University Press
ISBN: 9780198841241
Number of Pages: 384
Published: 29/10/2020
Width: 13.5 cm
Height: 1.9 cm
Description Author Information Reviews
The most influential of Augustine's works, City of God played a decisive role in the formation of the Christian West. Augustine wrote City of God in the aftermath of the Gothic sack of Rome in AD 410, at a time of rapid Christianization across the Roman Empire. Gerard O'Daly's book remains the most comprehensive modern guide in any language to this seminal work of European literature. In this new and extensively revised edition, O'Daly takes into account the abundant scholarship on Augustine in the twenty years since its first publication, while retaining the book's focus on Augustine as a writer in the Latin tradition. He explores the many themes of City of God, which include cosmology, political thought, anti-pagan polemic, Christian apologetic, theory of history, and biblical interpretation. This guide, therefore, is about a single literary masterpiece, yet at the same time it surveys Augustine's developing views through the whole range of his thought. As well as a running commentary on each part of the work, O'Daly provides chapters on the themes of the work, a bibliographical guide to research on its reception, translations of any Greek and Latin texts discussed, and detailed suggestions for further reading.