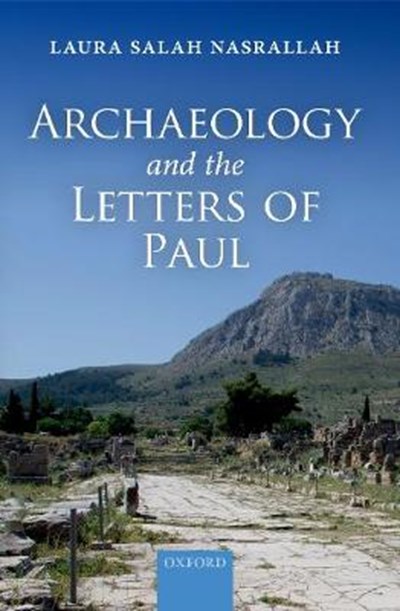 QTY
Add to Basket
Publisher: Oxford University Press
ISBN: 9780198842026
Number of Pages: 336
Published: 15/01/2021
Width: 15.6 cm
Height: 23.5 cm
Description Author Information Reviews
Archaeology and the Letters of Paul illuminates the social, political, economic, and religious lives of those to whom the apostle Paul wrote. Roman Ephesos provides evidence of slave traders and the regulation of slaves; it is a likely setting for household of Philemon, to whom a letter about the slave Onesimus is addressed. In Galatia, an inscription seeks to restrain the demands of travelling Roman officials, illuminating how the apostolic travels of Paul, Cephas, and others disrupted communities. At Philippi, a list of donations from the cult of Silvanus demonstrates the benefactions of a community that, like those in Christ, sought to share abundance in the midst of economic limitations. In Corinth, a landscape of grief extends from monuments to the bones of the dead, and provides a context in which to understand Corinthian practices of baptism on behalf of the dead and the provocative idea that one could live "as if not" mourning or rejoicing. Rome and the Letter to the Romans are the grounds for an investigation of ideas of time and race not only in the first century, when we find an Egyptian obelisk inserted as a timepiece into the mausoleum complex of Augustus, but also of a new Rome under Mussolini that claimed the continuity of Roman racial identity from antiquity to his time and sought to excise Jews. Thessalonike and the early Christian literature associated with the city demonstrates what is done out of love for Paul-invention of letters, legends, and cult in his name. The book articulates a method for bringing together biblical texts with archaeological remains. This method reconstructs the lives of the many adelphoi --brothers and sisters-- whom Paul and his co-writers address. Its project is informed by feminist historiography and gains inspiration from thinkers such as Claudia Rankine, Judith Butler, Giorgio Agamben, Wendy Brown, and Katie Lofton.

Laura Salah Nasrallah is Buckingham Professor of New Testament Criticism and Interpretation at Yale Divinity School and Yale Department of Religious Studies. Her research and teaching bring together New Testament and early Christian literature with the archaeological remains of the Mediterranean world, and often engage issues of colonialism, gender, status, and power. Her publications include An Ecstasy of Folly: Prophecy and Authority in Early Christianity (2004) and Christian Responses to Roman Art and Architecture: The Second-Century Church Amid the Spaces of Empire (2010).