The Struggle for Coherence in the Everyday Lives of Evangelicals 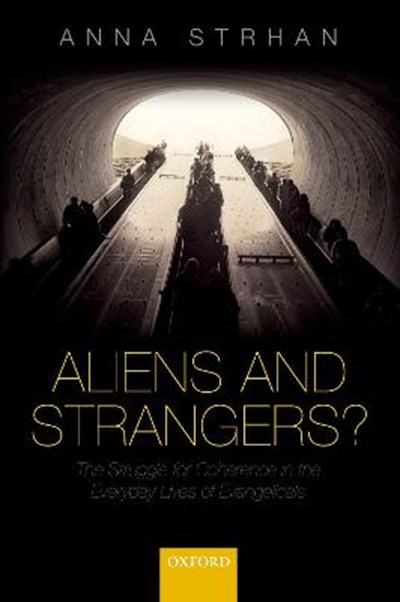 The Struggle for Coherence in the Everyday Lives of Evangelicals

QTY
Add to Basket
Publisher: Oxford University Press
ISBN: 9780198842385
Number of Pages: 256
Published: 26/09/2019
Width: 15.5 cm
Height: 23.3 cm
Description Author Information Reviews
In this work of qualitative sociology, Anna Strhan offers an in-depth study of the everyday lives of members of a conservative evangelical Anglican church in London. 'St John's' is a vibrant church, with a congregation of young and middle-aged members, one in which the life of the mind is important, and faith is both a comfort and a struggle - a way of questioning the order of things within society and for themselves. The congregants of St John's see themselves as increasingly counter-cultural, moving against the grain of wider culture in London and in British society, yet they take pride in this, and see it as a central element of being Christian. This book reveals the processes through which the congregants of St John's learn to understand themselves as 'aliens and strangers' in the world, demonstrating the precariousness of projects of staking out boundaries of moral distinctiveness. Through focusing on their interactions within and outside the church, Strhan shows how the everyday experiences of members of St John's are simultaneously shaped by the secular norms of their workplaces and other city spaces and by moral and temporal orientations of their faith that rub against these. Thus their self-identification as 'aliens and strangers' both articulates and constructs an ambition to be different from others around them in the city, rooted in a consciousness of the extent to which their hopes, concerns, and longings are simultaneously shaped by their being in the world.