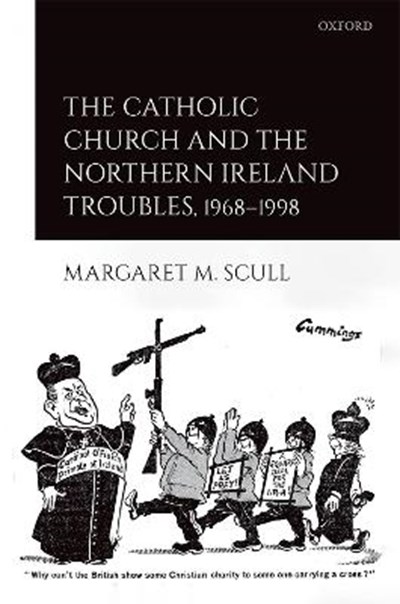 eBook FAQ
Add to Basket
Publisher: Oxford University Press
ISBN: 9780198843214
Number of Pages: 250
Published: 11/09/2019
Width: 16.4 cm
Height: 24 cm
Description Author Information Reviews
Until surprisingly recently the history of the Irish Catholic Church during the Northern Irish Troubles was written by Irish priests and bishops and was commemorative, rather than analytical. This study uses the Troubles as a case study to evaluate the role of the Catholic Church in mediating conflict. During the Troubles, these priests and bishops often worked behind the scenes, acting as go-betweens for the British government and republican paramilitaries, to bring about a peaceful solution. However, this study also looks more broadly at the actions of the American, Irish and English Catholic Churches, as well as that of the Vatican, to uncover the full impact of the Church on the conflict. This critical analysis of previously neglected state, Irish, and English Catholic Church archival material changes our perspective on the role of a religious institution in a modern conflict.

Margaret M. Scull is the Irish Research Council postdoctoral fellow at NUI Galway. Before joining the Moore Institute she was a Teaching Fellow in Modern British and Irish History at King's College London. Her interdisciplinary research explores the relationship between religion and politics in the contemporary period; particularly the 'soft power' influence religious leaders still possessed in British and Irish politics after the Second World War. Her current project examines the role of funerals throughout the Northern Irish Troubles.