Liturgy and Byzantinization in Jerusalem 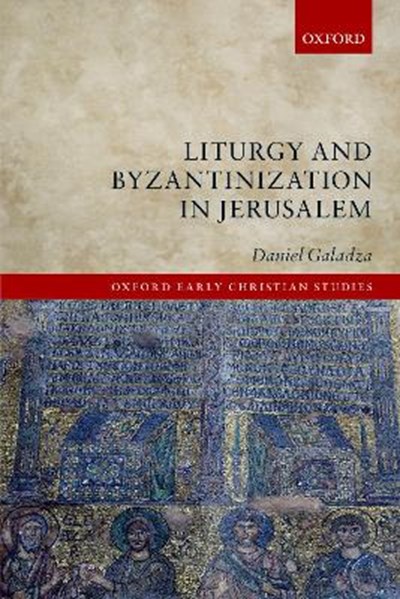 Liturgy and Byzantinization in Jerusalem

eBook FAQ
Add to Basket
Publisher: Oxford University Press
ISBN: 9780198843535
Number of Pages: 464
Published: 06/09/2019
Width: 15.5 cm
Height: 23.1 cm
Description Author Information Reviews
The Church of Jerusalem, the 'mother of the churches of God', influenced all of Christendom before it underwent multiple captivities between the eighth and thirteenth centuries: first, political subjugation to Arab Islamic forces, then displacement of Greek-praying Christians by Crusaders, and finally ritual assimilation to fellow Orthodox Byzantines in Constantinople. All three contributed to the phenomenon of the Byzantinization of Jerusalem's liturgy, but only the last explains how it was completely lost and replaced by the liturgy of the imperial capital, Constantinople. The sources for this study are rediscovered manuscripts of Jerusalem's liturgical calendar and lectionary. When examined in context, they reveal that the devastating events of the Arab conquest in 638 and the destruction of the Holy Sepulchre in 1009 did not have as detrimental an effect on liturgy as previously held. Instead, they confirm that the process of Byzantinization was gradual and locally-effected, rather than an imposed element of Byzantine imperial policy or ideology of the Church of Constantinople. Originally, the city's worship consisted of reading scripture and singing hymns at places connected with the life of Christ, so that the link between holy sites and liturgy became a hallmark of Jerusalem's worship, but the changing sacred topography led to changes in the local liturgical tradition. Liturgy and Byzantinization in Jerusalem is the first study dedicated to the question of the Byzantinization of Jerusalem's liturgy, providing English translations of many liturgical texts and hymns here for the first time and offering a glimpse of Jerusalem's lost liturgical and theological tradition.

Daniel Galadza is Assistant Professor in the Department for Historical Theology at the University of Vienna. His research interests include Church History, Orthodox Christianity, and Byzantine Studies.