Time in Ancient Stories of Origin 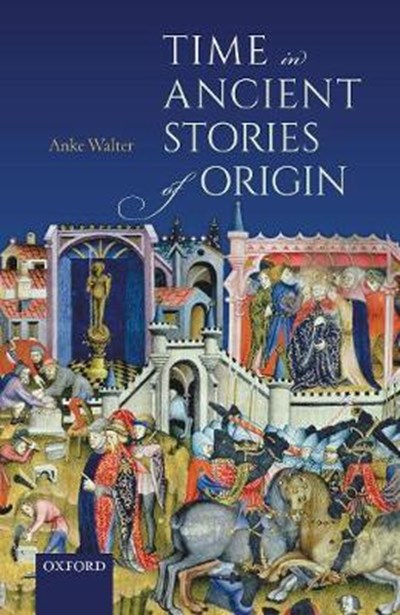 Time in Ancient Stories of Origin

eBook FAQ
Add to Basket
Publisher: Oxford University Press
ISBN: 9780198843832
Number of Pages: 292
Published: 30/06/2020
Width: 16.2 cm
Height: 23.4 cm
Description Author Information Reviews
Greek and Roman stories of origin, or aetia, provide a fascinating window onto ancient conceptions of time. Aetia pervade ancient literature at all its stages, and connect the past with the present by telling us which aspects of the past survive "even now" or "ever since then". Yet, while the standard aetiological formulae remain surprisingly stable over time, the understanding of time that lies behind stories of origin undergoes profound changes. By studying a broad range of texts and by closely examining select stories of origin from archaic Greece, Hellenistic Greece, Augustan Rome, and early Christian literature, Time in Ancient Stories of Origin traces the changing forms of stories of origin and the underlying changing attitudes to time: to the interaction of the time of gods and men, to historical time, to change and continuity, as well as to a time beyond the present one. Walter provides a model of how to analyse the temporal construction of aetia, by combining close attention to detail with a view towards the larger temporal agenda of each work. In the process, new insights are provided both into some of the best-known aetiological works of antiquity (e.g. by Hesiod, Callimachus, Vergil, Ovid) and lesser-known works (e.g. Ephorus, Prudentius, Orosius). This volume shows that aetia do not merely convey factual information about the continuity of the past, but implicate the present in ever new complex messages about time.

Anke Walter is Lecturer in Classics at Newcastle University. She was previously Assistant Professor in Classics at the University of Rostock in Germany and Feodor-Lynen Research Scholar at the University of Virginia, funded by the Alexander von Humboldt Foundation. She completed her PhD in Heidelberg in 2011, with a thesis on storytelling in Flavian epic. Her primary research interests are the construction of time in ancient literature, stories of origin, and ancient (especially Latin) epic poetry. Walter has co-edited a volume on the narrative structures of stories of origin and has published numerous articles on Flavian epic, stories of origin, and their reception.