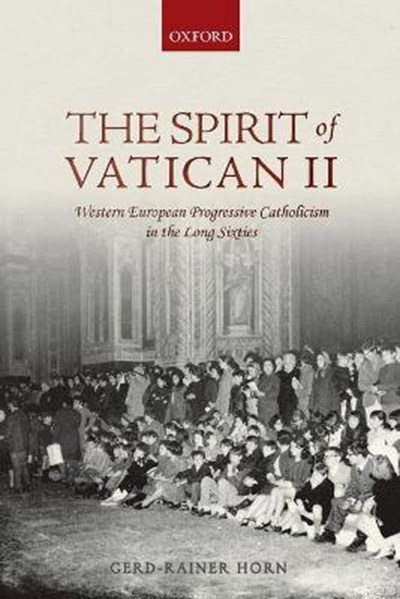 QTY
Add to Basket
Publisher: Oxford University Press
ISBN: 9780198844440
Number of Pages: 288
Published: 07/06/2019
Width: 15.6 cm
Height: 23.3 cm
Description Author Information Reviews
Vatican II profoundly changed the outlook and the message of the Catholic Church. After decades, if not centuries, in which Catholic public opinion appeared to be primarily oriented towards the distant past and bygone societal models, suddenly the Catholic Church embraced the world as it was, and it joined in the struggle to create a radiant future. The Sixties were a time of great socio-cultural and political ferment in Europe as a whole. Especially the second half of the 1960s and the first half of the 1970s witnessed an astounding range of 'new' and 'old' social movements reaching for the sky. Catholic activists provided fuel to the fire in more ways than one. Catholics had embarked on the quest for new horizons for some years prior to the sudden growth of secular activism in and around the magic year of 1968. When secular radicals joined up with Catholic activists, a seemingly unstoppable dynamic was unleashed. This book covers five crucial contributions by Catholic communities to the burgeoning atmosphere of those turbulent years: a) the theological innovations of Vatican II, which made such an unprecedented engagement of Catholics possible in the first place, but also post-conciliar theological developments; b) the resurgence of the worker priest experiment, and the first-ever creation of autonomous organisations of radical parish priests; c) the simultaneous creation of grassroots organisations - base communities - by (mostly) lay activists across the continent; d) the crucial roles of Catholic students in the multiform student movements shaping Europe in these years; e) the indispensable contributions of Catholic workers who helped shape - and often initiated - the wave of militant contestations shaking up labour relations after 1968.

Born and raised in West Germany, after his Abitur Gerd-Rainer Horn emigrated to the United States where he then lived and worked for twenty-six years, along the way obtaining his B.A. (Minnesota), M.A. and Ph.D. (Michigan). He taught at Montana State and Western Oregon University before moving to the University of Huddersfield and then the University of Warwick in England. In 2013, Horn finally returned to Europe, now teaching at Sciences Po (Institut d'Etudes Politiques) in Paris. Focussing on the transnational dimension of continental western European social movements between the 1920s and the 1980s, Horn's particular areas of expertise include the political itinerary of social democracy, the socio-political challenges of the immediate post-WW II period, the cultural and political innovations of the 1960s and 1970s, in addition to the phenomenon of progressive Catholicism in Western Europe.