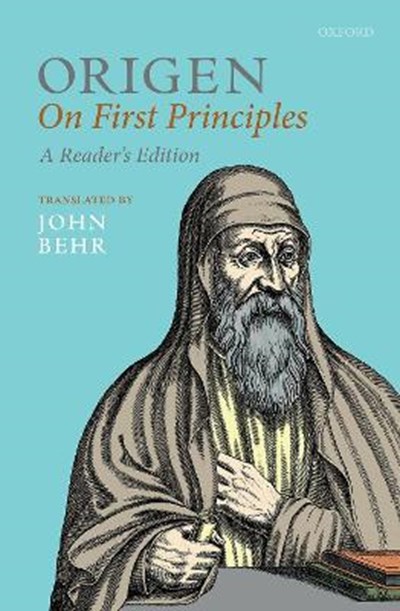 QTY
Add to Basket
Publisher: Oxford University Press
ISBN: 9780198845317
Number of Pages: 448
Published: 20/12/2019
Width: 15.2 cm
Height: 23.4 cm
Description Author Information Reviews
On First Principles by Origen of Alexandria, written around 220-230 AD, is one of the most important and contentious works of early Christianity. It provoked controversy when written, provoked further debate when translated into Latin by Rufinus in the fourth century, and was the subject, together with its author, of condemnation in the sixth century. As a result, the work no longer survives intact in the original Greek. We only have the complete work in the Latin translation of Rufinus,

John Behr is the Dean of St Vladimir's Orthodox Theological Seminary and Professor of Patristics and Metropolitan Kallistos Chair in Orthodox Theology at Vrije Universiteit. His previous publications include John the Theologian and his Paschal Gospel: A Prologue to Theology (2019), Asceticism and Anthropology in Irenaeus and Clement (2000), The Case Against Diodore and Theodore: Texts and Their Contexts (2011), and Irenaeus of Lyons: Identifying Christianity (2013). He is also the co-editor of The Role of Life in Death: A Multidisciplinary Examination of Issues pertaining to Life and Death (Wipf and Stock, 2015; with C. Cunningham).