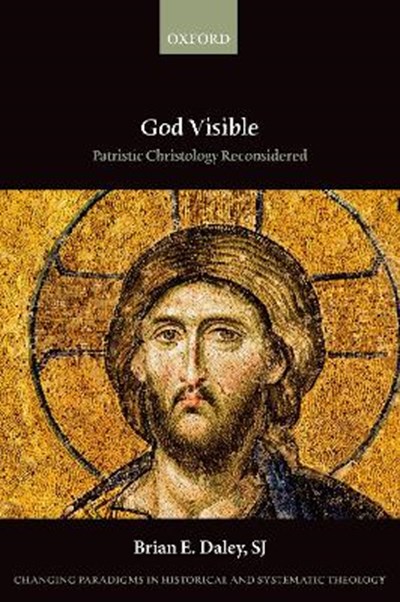 QTY
Add to Basket
Publisher: Oxford University Press
ISBN: 9780198845898
Number of Pages: 320
Published: 07/11/2019
Width: 15.4 cm
Height: 23.1 cm
Description Author Information Reviews
God Visible: Patristic Christology Reconsidered considers the early development and reception of what is today the most widely professed Christian conception of Christ. The development of this doctrine admits of wide variations in expression, understanding, and interpretation that are as striking in authors of the first millennium as they are among modern writers. The seven early ecumenical councils and their dogmatic formulations were crucial facilitators in defining the shape of this study. Focusing primarily on the declaration of the Council of Chalcedon in AD 451, Brian E. Daley argues that previous assessments that Christ was one Person in two natures - the Divine of the same substance as the Father and the human of the same substance as us - can sometimes be excessively narrow, even distorting our understanding of Christ's person. Daley urges us to look beyond the Chalcedonian formula alone, and to consider what some major Church Fathers - from Irenaeus to John Damascene - say about the person of Christ.

Brian E. Daley, SJ, is Catherine F. Huisking Professor of Theology at the University of Notre Dame. He is a historical theologian, who specializes in the study of the early Church, particularly the development of Christian doctrine from the fourth to the eighth centuries. His publications include Light on the Mountain: Greek Patristic and Byzantine Homilies on the Transfiguration of the Lord (St Vladimir's Seminary Press, 2013) and Hope of the Early Church: A Handbook of Patristic Eschatology (Baker, 2002). In 2014, he co-edited The Harp of Prophecy: Early Christian Interpretation of the Psalms with Paul R. Kolbet (University of Notre Dame Press, 2014).