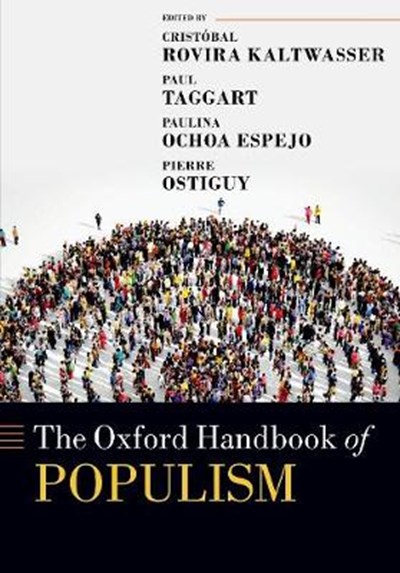 QTY
Add to Basket
Publisher: Oxford University Press
ISBN: 9780198846284
Number of Pages: 736
Published: 26/09/2019
Width: 16.9 cm
Height: 24.4 cm
Description Author Information Reviews
Populist forces are becoming increasingly relevant across the world, and studies on populism have entered the mainstream of the political science discipline. However, so far no book has synthesized the ongoing debate on how to study the populist phenomenon. This handbook provides state of the art research and scholarship on populism, and lays out, not only the cumulated knowledge on populism, but also the ongoing discussions and research gaps on this topic. IThe Oxford Handbook of Populism is divided into four sections. The first presents the main conceptual approaches on populism and points out how the phenomenon in question can be empirically analyzed. The second focuses on populist forces across the world and includes chapters on Africa, Australia and New Zealand, Central and Eastern Europe, East Asia, India, Latin America, the Post-Soviet States, the United States, and Western Europe. The third reflects on the interaction between populism and various relevant issues both from a scholarly and political point of view. Amongst other issues, chapters analyze the relationship between populism and fascism, foreign policy, gender, nationalism, political parties, religion, social movements and technocracy. Finally, the fourth part includes some of the most recent normative debates on populism, including chapters on populism and cosmopolitanism, constitutionalism, hegemony, the history of popular sovereignty, the idea of the people, and socialism. The handbook features contributions from leading experts in the field, and is indispensible, positioning the study of populism in political science.

Cristobal Rovira Kaltwasser is a Professor of Political Science at Diego Portales University in Santiago de Chile and an Associate Researcher at the Centre for Social Confl ict and Cohesion Studies (COES). His publications include Populism: A Very Short Introduction (with Cas Mudde, OUP, 2017), and has published articles in journals such as Comparative European Politics, Comparative Political Studies, Democratization, Government & Opposition, Party Politics and Political Studies. Paul Taggart is Professor of Politics and Jean Monnet Chair, Director of the Sussex European Institute at the University of Sussex, former editor of Government and Opposition, former editor of the journal Politics, co-convenor (with Prof. Aleks Szczerbiak) of the European Referendums, Elections and Parties Network (EPERN). His publications include The New Populism and The New Politics (Palgrave, 1996), Populism (OUP, 2000) and Opposing Europe? The Comparative Party Politics of Euroscepticism, Vols I and II (co-edited with Aleks Szczerbiak, OUP, 2008). Paulina Ochoa Espejo is an Associate Professor of political science at Haverford College. Her publications include The Time of Popular Sovereignty: Process and the Democratic State (Penn State University Press, 2011) and has publsihed articles in journals such as the American Journal of Political Science, the Journal of Political Philosophy and the Journal of Politics. Pierre Ostiguy is Professor of Political Science and International Relations at the Universidad Catolica de Cordoba (Argentina). He has published several book chapters on populism, articles in journals including The Brown Journal of World Aff airs (with Kenneth Roberts), POSTData (Argentina), Politique et Societes (Quebec), and the Revue Internationale de Politique Comparee (Europe) as well as longer texts as Kellogg Institute Working Papers.