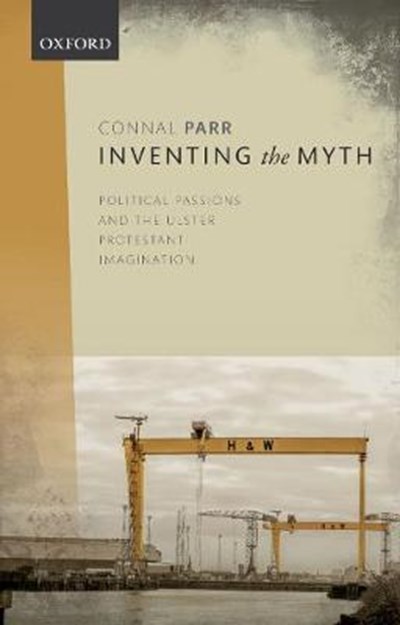 eBook FAQ
Add to Basket
Publisher: Oxford University Press
ISBN: 9780198847755
Number of Pages: 320
Published: 12/06/2019
Width: 13.9 cm
Height: 21.4 cm
Description Author Information Reviews
This book approaches Ulster Protestantism through its theatrical and cultural intersection with politics, re-establishing a forgotten history and engaging with contemporary debates. Anchored by the perspectives of ten writers - some of whom have been notably active in political life - it uniquely examines tensions going on within. Through its exploration of class division and drama from the early twentieth century to the present, the book restores the progressive and Labour credentials of the community's recent past along with its literary repercussions, both of which appear in recent decades to have diminished. Drawing on over sixty interviews, unpublished scripts, as well as rarely-consulted archival material, it shows - contrary to a good deal of cliched polemic and safe scholarly assessment - that Ulster Protestants have historically and continually demonstrated a vigorous creative pulse as well as a tendency towards Left wing and class politics. St. John Ervine, Thomas Carnduff, John Hewitt, Sam Thompson, Stewart Parker, Graham Reid, Ron Hutchinson, Marie Jones, Christina Reid, and Gary Mitchell profoundly challenge as well as reflect their communities. Illuminating a diverse and conflicted culture stretching beyond Orange Order parades, the weaving together of the lives and work of each of the writers highlights mutual themes and insights on their identity, as if part of some grander tapestry of alternative twentieth-century Protestant culture. Ulster Protestantism's consistent delivery of such dissenting voices counters its monolithic and reactionary reputation.

Connal Parr studied Modern History at the University of Oxford and obtained his PhD in Ulster Protestant politics and culture at Queen's University Belfast in 2013. He was Irish Government Senior Scholar for 2014-15 at Hertford College, Oxford, and went on to convene and teach a course on 20th Century Europe at Fordham University's London Centre from January to June 2016. In September 2016 he became Vice-Chancellor's Research Fellow in the Humanities at Northumbria University. A board member of Etcetera Theatre Company, he has published articles in Irish Studies Review, Irish Political Studies, and the Irish Review.