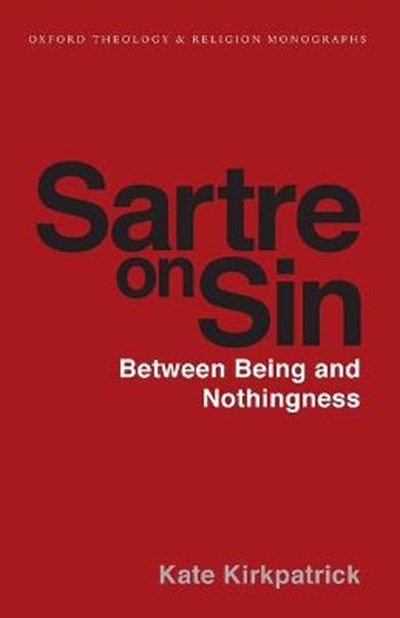 eBook FAQ
Add to Basket
Publisher: Oxford University Press
ISBN: 9780198848868
Number of Pages: 288
Published: 15/11/2019
Width: 13.7 cm
Height: 21.3 cm
Description Author Information Reviews
Sartre on Sin: Between Being and Nothingness argues that Jean-Paul Sartre's early, anti-humanist philosophy is indebted to the Christian doctrine of original sin. On the standard reading, Sartre's most fundamental and attractive idea is freedom: he wished to demonstrate the existence of human freedom, and did so by connecting consciousness with nothingness. Focusing on Being and Nothingness, Kate Kirkpatrick demonstrates that Sartre's concept of nothingness (le neant) has a Christian genealogy which has been overlooked in philosophical and theological discussions of his work. Previous scholars have noted the resemblance between Sartre's and Augustine's ontologies: to name but one shared theme, both thinkers describe the human as the being through which nothingness enters the world. However, there has been no previous in-depth examination of this 'resemblance'. Using historical, exegetical, and conceptual methods, Kirkpatrick demonstrates that Sartre's intellectual formation prior to his discovery of phenomenology included theological elements-especially concerning the compatibility of freedom with sin and grace. After outlining the French Augustinianisms by which Sartre's account of the human as 'between being and nothingness' was informed, Kirkpatrick offers a close reading of Being and Nothingness which shows that the psychological, epistemological, and ethical consequences of Sartre's le neant closely resemble the consequences of its theological predecessor; and that his account of freedom can be read as an anti-theodicy. Sartre on Sin illustrates that Sartre' s insights are valuable resources for contemporary hamartiology.

Kate Kirkpatrick is Lecturer in Philosophy at the University of Hertfordshire and Lecturer in Theology at St Peter's College, Oxford.