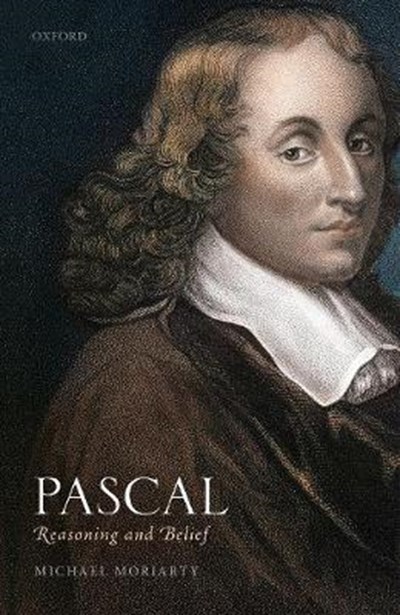 eBook FAQ
Add to Basket
Publisher: Oxford University Press
ISBN: 9780198849117
Number of Pages: 426
Published: 27/02/2020
Width: 16 cm
Height: 24.1 cm
Description Author Information Reviews
This book is a study of Blaise Pascal's defence of Christian belief in the Pensees. Michael Moriarty aims to expound-and in places to criticize-what he argues is a coherent and original apologetic strategy. Setting out the basic philosophical and theological presuppositions of Pascal's project, the present volume draws the distinction between convictions attained by reason and those inspired by God-given faith. It also presents Pascal's view of the contradictions within human nature, between the 'wretchedness' (our inability to live the life of reason, to attain secure and durable happiness) and the 'greatness' (the power of thought, manifested in the very awareness of our wretchedness). His mind-body dualism and his mechanistic conception of non-human animals are discussed. Pascal invokes the biblical story of the Fall and the doctrine of original sin as the only credible explanation of these contradictions. His analysis of human occupations as powered by the twin desire to escape from painful thoughts and to gratify one's vanity is subjected to critical examination, as is his conception of the self and self-love. Pascal argues that just as Christianity propounds the only explanation for the human condition, so it offers the only kind of happiness that would satisfy our deepest longings. He thus reasons that we have an interest in investigating its truth-claims as rooted in the Bible and in history. The closing chapters of this book discuss Pascal's view of Christian morality and the famous 'wager' argument for opting in favour of Christian belief.

Michael Moriarty is Drapers Professor of French at the University of Cambridge, and a Fellow of Peterhouse. He works chiefly on the literature and thought of the early modern period. His publications include Early Modern French Thought (Oxford 2003), Fallen Nature, Fallen Selves (Oxford 2006), and Disguised Vices (Oxford 2011). He is co-editor of The Camswinbridge History of French Thought (2019), and he has translated Rene Descartes's Meditations on First Philosophy and The Passions on the Soul for the Oxford World's Classics series. Moriarty is a Fellow of the British Academy and a Chevalier dans l'Ordre des Palmes Academiques.