Golden Calf between Bible and Qur'an

Scripture, Polemic, and Exegesis from Late Antiquity to Islam 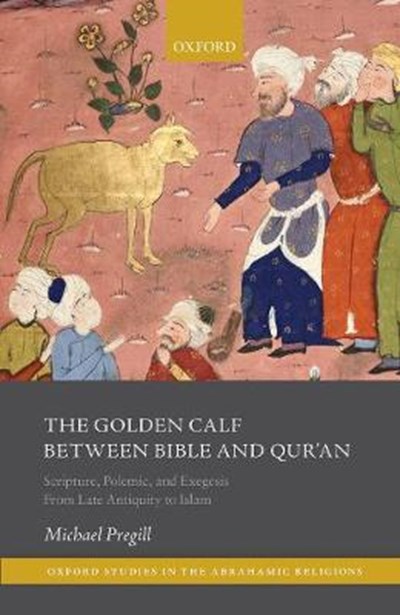 Golden Calf between Bible and Qur'an

Scripture, Polemic, and Exegesis from Late Antiquity to Islam

eBook FAQ
Add to Basket
Publisher: Oxford University Press
ISBN: 9780198852421
Number of Pages: 528
Published: 30/07/2020
Width: 16.3 cm
Height: 24.2 cm
Description Author Information Reviews
This book explores the story of the Israelites' worship of the Golden Calf in its Jewish, Christian, and Muslim contexts, from ancient Israel to the emergence of Islam. It focuses in particular on the Qur'an's presentation of the narrative and its background in Jewish and Christian retellings of the episode from Late Antiquity. Across the centuries, the interpretation of the Calf episode underwent major changes reflecting the varying cultural, religious, and ideological contexts in which various communities used the story to legitimate their own tradition, challenge the claims of others, and delineate the boundaries between self and other. The book contributes to the ongoing reevaluation of the relationship between Bible and Qur'an, arguing for the necessity of understanding the Qur'an and Islamic interpretations of the history and narratives of ancient Israel as part of the broader biblical tradition. The Calf narrative in the Qur'an, central to the qur'anic conception of the legacy of Israel and the status of the Jews of its own time, reflects a profound engagement with the biblical account in Exodus, as well as being informed by exegetical and parascriptural traditions in circulation in the Qur'an's milieu in Late Antiquity. The book also addresses the issue of Western approaches to the Qur'an, arguing that the historical reliance of scholars and translators on classical Muslim exegesis of scripture has led to misleading conclusions about the meaning of qur'anic episodes.

Michael Pregill is a scholar of comparative religion, specializing in the history of the scriptural cultures of Late Antiquity and the Middle Ages. Much of his research focuses on the reception of biblical, Jewish, and Christian traditions in the Qur'an and Islam. He lives and teaches in Los Angeles, California.