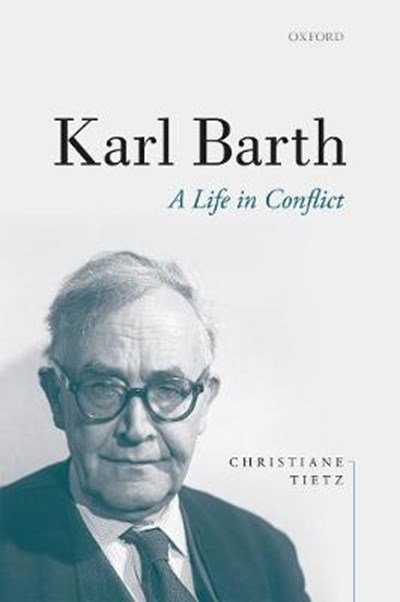 eBook FAQ
Add to Basket
Publisher: Oxford University Press
ISBN: 9780198852469
Number of Pages: 480
Published: 25/03/2021
Width: 16 cm
Height: 24 cm
Description Author Information Reviews
From the beginning of his career, Swiss theologian Karl Barth (1886-1968) was often in conflict with the spirit of his times. While during the First World War German poets and philosophers became intoxicated by the experience of community and transcendence, Barth fought against all attempts to locate the divine in culture or individual sentiment. This freed him for a deep worldly engagement: he was known as "the red pastor," was the primary author of the founding document of the Confessing Church, the Barmen Theological Declaration, and after 1945 protested the rearmament of the Federal Republic of Germany. Christiane Tietz compellingly explores the interactions between Barth's personal and political biography and his theology. Numerous newly-available documents offer insight into the lesser-known sides of Barth such as his long-term three-way relationship with his wife Nelly and his colleague Charlotte von Kirschbaum. This is an evocative portrait of a theologian who described himself as "God's cheerful partisan," who was honored as a prophet and a genial spirit, was feared as a critic, and shaped the theology of an entire century as no other thinker.

Christiane Tietz studied Mathematics and Protestant Theology in Frankfurt/Main and Tubingen. She worked as assistant of Eberhard Jungel and did her PhD with him on Dietrich Bonhoeffer. Her PostDoc thesis was on a Christian concept of self-acceptance. She was awarded a Heisenberg Stipend by the German Research Foundation. From 2008 until 2013 she worked as Full Professor for Systematic Theology and Social Ethics at the University of Mainz/Germany. Since 2013 she has been Full Professor for Systematic Theology at the Institute of Hermeneutics and Philosophy of Religion at the University of Zurich/Switzerland. She has been a visiting lecturer or research scholar in Cambridge, Chicago, Heidelberg, Jerusalem, New York, and Princeton. She is a member of the editorial board of numerous journals and book series, and a judge for the Karl Barth-Prize and a member of the Advisory Board of the Karl Barth-Foundation, Basel. Victoria J. Barnett (Translator) was Director of the Programs on Ethics, Religion, and the Holocaust at the United States Holocaust Memorial Museum, Washington, DC, from 2004 to 2019. She also served as General Editor of the Dietrich Bonhoeffer Works English Edition from 2004 to 2014. She is the author of For the Soul of the People: Protestant Protest under Hitler (Oxford University Press, 1992) and Bystanders: Conscience and Complicity during the Holocaust (Greenwood Press, 1999). She is the translator of several works, including Wolfgang Gerlach, And the Witnesses were Silent and Christiane Tietz, Theologian of Resistance: The Life and Thought of Dietrich Bonhoeffer, and is the author of numerous articles and book chapters.