Kant and the Divine

From Contemplation to the Moral Law 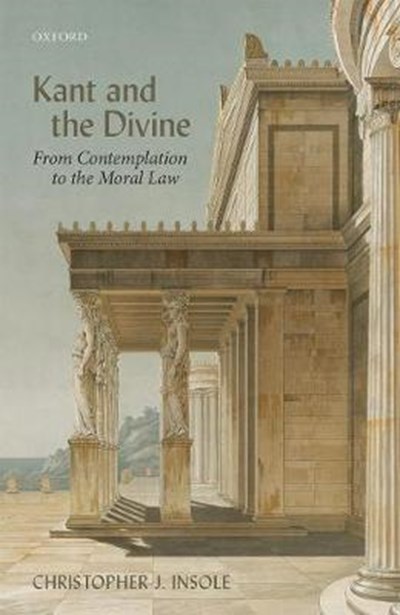 Kant and the Divine

From Contemplation to the Moral Law

eBook FAQ
Add to Basket
Publisher: Oxford University Press
ISBN: 9780198853527
Number of Pages: 432
Published: 08/04/2020
Width: 16.1 cm
Height: 23 cm
Description Author Information Reviews
The book offers a definitive study of the development of Kant's conception of the highest good, from his earliest work, to his dying days. Insole argues that Kant believes in God, but that Kant is not a Christian, and that this opens up an important and neglected dimension of Western Philosophy. Kant is not a Christian, because he cannot accept Christianity's traditional claims about the relationship between divine action, grace, human freedom and happiness. Christian theologians who continue to affirm these traditional claims (and many do), therefore have grounds to be suspicious of Kant as an interpreter of Christian doctrine. As well as setting out a theological critique of Kant, Insole offers a new defence of the power, beauty, and internal coherence of Kant's non-Christian philosophical religiosity, 'within the limits of reason alone', which reason itself has some divine features. This neglected strand of philosophical religiosity deserves to be engaged with by both philosophers, and theologians. The Kant revealed in this book reminds us of a perennial task of philosophy, going back to Plato, where philosophy is construed as a way of life, oriented towards happiness, achieved through a properly expansive conception of reason and happiness. When we understand this philosophical religiosity, many standard 'problems' in the interpretation of Kant can be seen in a new light, and resolved. Kant witnesses to a strand of philosophy that leans into the category of the divine, at the edges of what we can say about reason, freedom, autonomy, and happiness.

After teaching at the Universities of London and Cambridge, Christopher Insole took up his post at Durham in 2006, becoming Professor of Philosophical Theology and Ethics in 2013. He has published extensively on realism and anti-realism, religious epistemology, the relationship between theology, metaphysics, and political philosophy, and on the thought of Immanuel Kant. His books include his major study of Kant's philosophy of religion (Oxford, 2013).