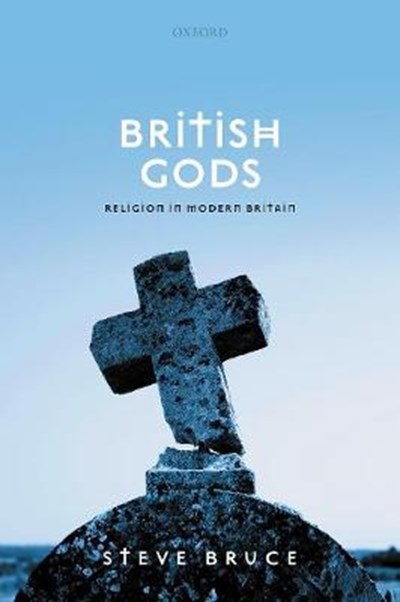 eBook FAQ
Add to Basket
Publisher: Oxford University Press
ISBN: 9780198854111
Number of Pages: 304
Published: 27/08/2020
Width: 16.3 cm
Height: 23.8 cm
Description Author Information Reviews
The big picture is well-known: over the last century, religion in Britain has lost power, popularity, and plausibility. Here, Steve Bruce charts the quantifiable changes in religious interest and observance over the last fifty years by returning to a number of towns and villages that were the subject of detailed community studies in the 1950s and 1960s, to see how the status and nature of religion has changed. Drawing on both detailed data on baptism rates, church weddings, church attendance and the like, and on his extensive fieldwork, he considers the broader picture of religion today: the status of the clergy, the churches' attempts to find new roles, links between religion and violence, and the impact of the charismatic movement. Along the way, Bruce encounters and engages with the contemporary rise of secularism, considering our everyday secular tensions with religion: arguments over moral issues such as abortion and gay rights, the effect of social class on belief, the impact of religion on British politics, and the ways that local social structures strengthen or weaken religion. Analysing the obstacles to any religious revival, he explores how the current stock of religious knowledge is so depleted, religion so unpopular, and committed believers so scarce that any significant reversal of religion's decline in Britain is unlikely.

Steve Bruce has been Professor of Sociology at the University of Aberdeen since 1991. An internationally-known expert on religion and politics, he is a fellow of the British Academy and the Royal Society of Edinburgh. Previous Oxford University Press publications include: Secular Beats Spiritual: the Westernization of the Easternization of the West (2017); Secularization: In Defence of an Unfashionable Theory (2013); and Sociology: A Very Short Introduction (2000). His book Scottish Gods: Religion in Modern Scotland 1900-2012 (Edinburgh University Press, 2014), won the Saltire Scottish History Book of the Year Award, 2014.