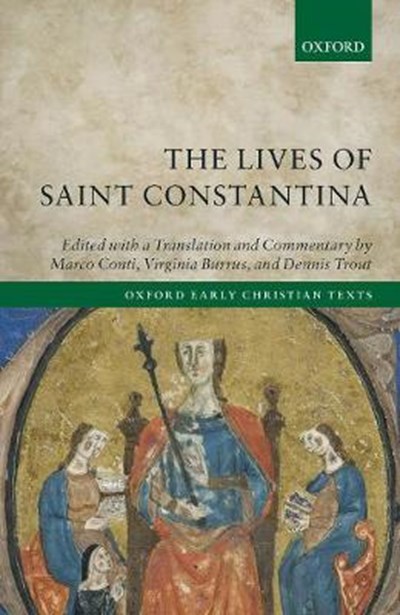 QTY
Add to Basket
Publisher: Oxford University Press
ISBN: 9780198854425
Number of Pages: 256
Published: 04/11/2020
Width: 16.5 cm
Height: 24 cm
Description Author Information Reviews
Constantina, daughter of the fourth-century emperor Constantine who so famously converted to Christianity, deserves a place of her own in the history of Christianity. As both poet and church-builder, she was an early patron of the Roman cult of the virgin martyr Agnes and was buried ad sanctam in a sumptuously mosaicked mausoleum that still stands. What has been very nearly forgotten is that the twice-married Constantina also came to be viewed as a virgin saint in her own right, said to have been converted and healed of leprosy by Saint Agnes. This volume publishes for the first time critical editions and English translations of three Latin hagiographies dedicated to the empress, offering an introduction and commentaries to contextualize these virtually unknown works. The earliest and longest of them is the anonymous Life of Saint Constantina likely dating to the mid or late sixth century, reflecting a female monastic setting and featuring both a story of pope Silvester's instruction of Constantina and a striking dialogue between Constantina and twelve virgins who offer speeches in praise of virginity as the summum bonum. A second, slightly later work, On the Feast of Saint Constantia (the misnaming of the saint reflecting common confusion), is a more streamlined account apparently tailored for liturgical use in early seventh-century Rome; this text is reworked and expanded by the twelfth-century Roman scholar Nicolaus Maniacoria in his Life of the Blessed Constantia, including a question-and-answer dialogue between Constantina and her two virginal charges Attica and Artemia. These works will be of great interest to students of late ancient and medieval saints' cults, hagiography, monasticism, and women's history.