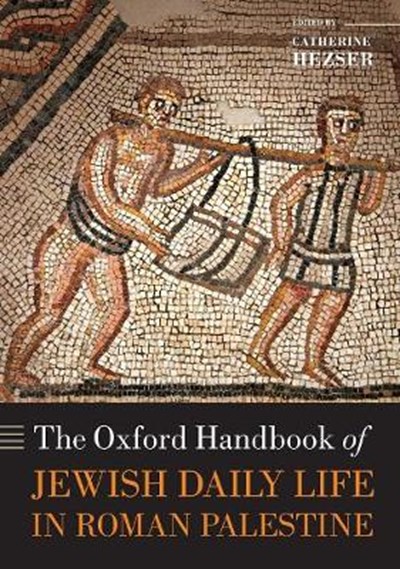 QTY
Add to Basket
Publisher: Oxford University Press
ISBN: 9780198856023
Number of Pages: 706
Published: 14/05/2020
Width: 17 cm
Height: 24.6 cm
Description Author Information Reviews
Written by an international and interdisciplinary team of distinguished scholars, The Oxford Handbook of Jewish Daily Life in Roman Palestine is an indispensable reference compendium on the day-to-day lives of Jews in the land of Israel in Roman times. Ranging from subjects such as clothing and domestic architecture to food and meals, labour and trade, and leisure time activities, the volume covers all the major themes in an encompassing yet easily accessible way. Individual chapters introduce the reader to the current state of research on particular aspects of ancient Jewish everyday life-research which has been greatly enriched by critical methodological approaches to rabbinic texts, and by the growing interest of archaeologists in investigating the lives of ordinary people. Detailed bibliographies inspire further engagement by enabling readers to pursue their own lines of enquiry. The Handbook will prove to be an invaluable reference work and tool for all students and scholars of ancient Judaism, rabbinic literature, Roman provincial history and culture, and of ancient Christianity.

Catherine Hezser is Professor of Jewish Studies at the School of Oriental and African Studies, University of London, and is an expert in the social history of Jews in Roman Palestine in late antiquity.