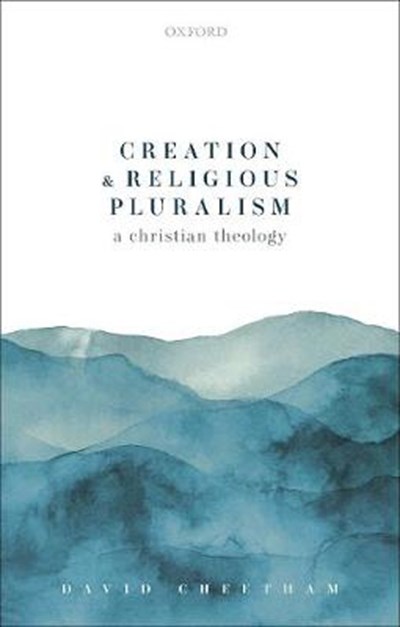 eBook FAQ
Add to Basket
Publisher: Oxford University Press
ISBN: 9780198856665
Number of Pages: 240
Published: 20/08/2020
Width: 14.7 cm
Height: 22.2 cm
Description Author Information Reviews
In the well-worn debates about religious pluralism and the theology of religions there have been many different rubrics used to account for, comprehend, or engage with the religious other. This book is chiefly a work of Christian theology and seeks to bring the doctrine of creation and the theology of religions into dialogue and in so doing it comes at things from a different direction than other works. It contains an extensive exploration of the doctrine of creation and asks how it might intervene distinctively in these discourses to produce a new conceptual and practical topography. It will consider inter-religious engagement from the perspective of the doctrine of creatio ex nihilo that forms the dominant view in the Jewish, Christian, and Islamic traditions. The book pays close consideration to anthropology (i.e. creaturehood), the quotidian and wisdom, the idea of 'sabbath,' human action and work, and vivifying the immanent through a consideration of some representative phenomenologists. The book will develop these ideas in a more practical direction by considering sacraments and rituals in the public sphere as well as attempting to describe the kind of 'creational politics' that might bring traditions into dialogue. Whilst these themes challenge more conventional ways of considering relations between religions, such themes - because they are different from concerns commonly found in the literature - can also be profitably engaged with across the spectrum of opinion (i.e. exclusivist or pluralist etc.) Thus, whilst the position adopted in this work is creatio ex nihilo part of the motivation is to review the ways in which this focus helps to broaden rather than limit the discussion.

Dr David Cheetham is Reader in Philosophical Theology at the University of Birmingham, UK. He has published widely in the field of religion and aesthetics, contemporary theology and inter-religious relations. From 2016-20 he was Head of the School of Philosophy, Theology and Religion at the University of Birmingham. His key outputs include John Hick (Ashgate 2003 [Routledge 2016]); (ed. with D. Pratt and D. Thomas), Understanding Interreligious Relations (Oxford University Press, 2013), Ways of Meeting and the Theology of Religions (Ashgate 2013 [Routledge, 2016]).