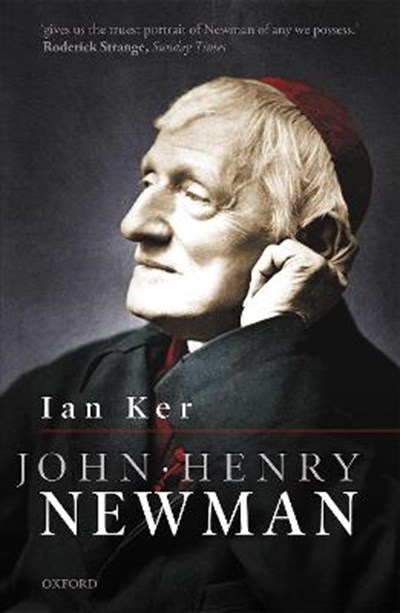 QTY
Add to Basket
Publisher: Oxford University Press
ISBN: 9780198856801
Number of Pages: 800
Published: 31/10/2019
Width: 15.3 cm
Height: 23.3 cm
Description Author Information Reviews
This full-length life of John Henry Newman is the first comprehensive biography of both the man and the thinker and writer. It draws extensively on material from Newman's letters and papers. Newman's character is revealed in its complexity and contrasts: the legendary sadness and sensitivity are placed in their proper perspective by being set against his no less striking qualities of exuberance, humour, and toughness. This book attempts to do justice to the fullness of Newman's achievement and genius: the Victorian 'prophet' or 'sage', who ranks among the major English prose writers; the dominating religious figure of the nineteenth century, who can now be recognised as the forerunner of the Second Vatican Council and the modern ecumenical movement; and finally, the universal Christian thinker, whose significance transcends his culture and time.

Ian Ker is a Senior Research Fellow at Blackfriars, Oxford, where he is a member of the theology faculty. He has taught both English literature and theology at universities in both the United Kingdom and the United States. His books include John Henry Newman: A Biography (1988; subsequently re-issued in both hardback and paperback prior to the beatification of Newman in 2010),The Catholic Revival in English Literature, 1845-1961 (2003), and G. K. Chesterton: A biography (2011). He is generally regarded as the leading authority on Newman, on whom he has written and edited more than 20 books.