Solomonic Corpus of 'Wisdom' and Its Influence 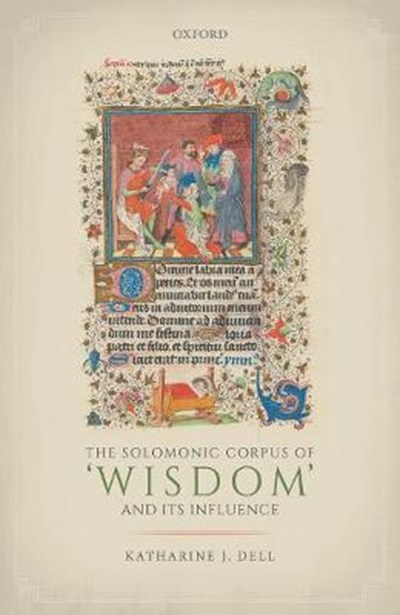 Solomonic Corpus of 'Wisdom' and Its Influence

eBook FAQ
Add to Basket
Publisher: Oxford University Press
ISBN: 9780198861560
Number of Pages: 272
Published: 03/09/2020
Width: 16.1 cm
Height: 23.9 cm
Description Author Information Reviews
Solomon is the figurehead who holds the family of 'wisdom' texts together. In this study, Katharine Dell argues that a core of Proverbs and Ecclesiastes forms the inner sanctum of the 'Solomonic wisdom corpus', with the Song of Songs as a close relative, but Job at one remove. Proverbs, Ecclesiastes, and the Song contain attributions to Solomon and demonstrate key 'wisdom' connections. Solomon is also portrayed as an idealized character in the narratives about him in 2 Sam. 24-1 Kings 11. He is the embodiment of wisdom, thus linking both the narrative portrayal and canonical memory of his significance. His connections with Egypt and Sheba shed light on how Solomon gained his reputation for wisdom, as do the roles in his court for scribes, sages, and seers. Formative wisdom themes, notably that of God as creator, characterize the book of Proverbs and also influenced certain 'wisdom psalms' and the prophets Isaiah and Jeremiah, texts which share links to wisdom ideas and contexts. For these prophets criticism of 'the wise' is a key concern. Dell introduces an intertextual method to open up fresh possibilities of ranging together different texts alongside the Solomonic corpus, without the constraints of probing literary or historical linkages: Ruth is considered with Proverbs, Genesis 1-11 with Ecclesiastes and the wider theme of gardens and water in the Hebrew Bible with the Song of Songs. While Solomon probably had very little to do with such readerly text-play, Dell's argument in The Solomonic Corpus of 'Wisdom' and Its Influence is that he is the lynch-pin that holds 'wisdom' in its core texts and wider family together.

Katharine Dell is Reader in Old Testament Literature and Theology in the Faculty of Divinity at the University of Cambridge and a Fellow of St Catharine's College. She did her PhD work in Oxford and had a first job there as Old Testament Tutor at Ripon College, Cuddesdon before moving to Cambridge in 1995. She is a world expert on the wisdom literature of the Old Testament and has written extensively on Proverbs, Job and Ecclesiastes. She has also written on prophetic texts in the light of 'wisdom influence', on ecological readings of texts and musical interpretations of Job. She has written an introductory textbook on wisdom and a second on the Old Testament as a whole as well as a book on the worth of the Old Testament in the light of the New Atheist attack on religion and the bible.