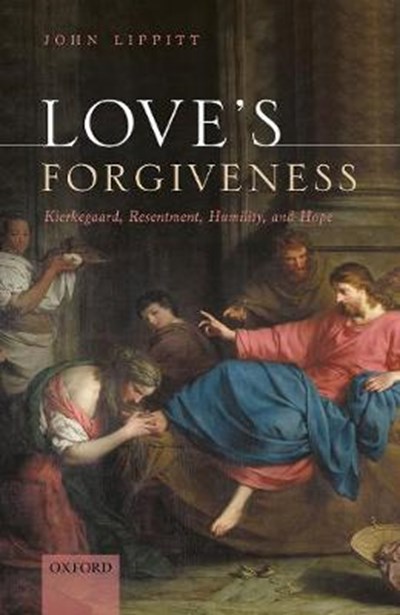 eBook FAQ
Add to Basket
Publisher: Oxford University Press
ISBN: 9780198861836
Number of Pages: 256
Published: 24/09/2020
Width: 16.3 cm
Height: 23.6 cm
Description Author Information Reviews
Love's Forgiveness combines a discussion of the nature and ethics of forgiveness with a discussion-inspired by Kierkegaard-of the implications of considering interpersonal forgiveness as a 'work of love'. It introduces the reader to some key questions that have exercised recent philosophers of forgiveness, discussing the relationship between forgiveness and an extended notion of resentment; considering whether forgiveness should be conditional or unconditional (showcasing a particular understanding of the latter); and arguing that there are legitimate forms of third party forgiveness. It then introduces the idea of forgiveness as a work of love through a discussion of Kierkegaard, key New Testament passages on forgiveness, and some contemporary work on the philosophy of love. Drawing on both philosophy and the New Testament, it offers an understanding of forgiveness that incorporates both agapic love and a proper concern for justice. John Lippitt explores religious and secular uses of key metaphors for forgiveness, and the idea of forgivingness as a character trait, suggesting that seeking to correct for various cognitive biases is key to the development of such a virtue, and connecting it to other putative virtues, such as humility and hope. Lippitt draws on both Kierkegaard's discourse literature and contemporary philosophical work on these latter characteristics, before turning to a discussion of the nature of self-forgiveness. Throughout the book, the philosophical and theological literature is rooted in a discussion of various 'forgiveness narratives', including Helen Prejean's Dead Man Walking, Thordis Elva and Tom Stranger's South of Forgiveness, and Ian McEwan's Atonement.

John Lippitt is Professor of Philosophy and Director of the Institute for Ethics and Society at the University of Notre Dame Australia and Professor of Ethics and Philosophy of Religion at the University of Hertfordshire. He is the author of several books, including the Routledge Guidebook to Kierkegaard's Fear and Trembling and Kierkegaard and the Problem of Self-Love, as well as editor or co-editor of several more, including The Oxford Handbook of Kierkegaard.