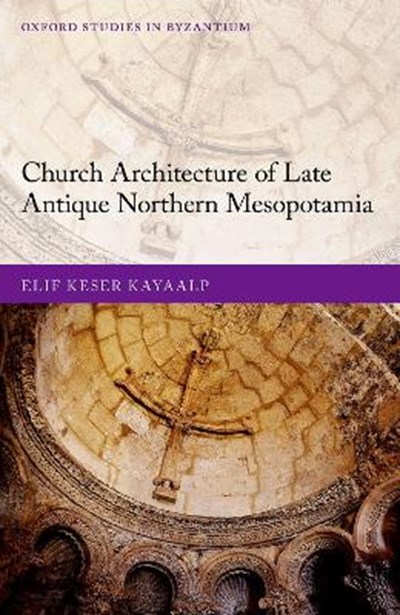 eBook FAQ
Add to Basket
Publisher: Oxford University Press
ISBN: 9780198864936
Number of Pages: 304
Published: 28/10/2021
Width: 16.3 cm
Height: 24 cm
Description Author Information Reviews
Church Architecture of Late Antique Northern Mesopotamia examines the church architecture of Northern Mesopotamia between the fourth and eighth centuries. Keser Kayaalp focuses on settlements, plan types, artistic encounters, the remarkable continuity of the classical tradition in the architectural decoration, the heterogeneity of the building techniques, patrons, imperial motivations, dedications of churches, and stories that claim and make spaces. Employing archaeological and epigraphical material and hagiographical and historical sources, she presents a holistic picture of the church architecture of this frontier region, encompassing the cities of Nisibis (Nusaybin), Edessa (Sanliurfa), Amida (Diyarbakir), Anastasiopolis (Dara/Oguz), Martyropolis (Silvan), Constantia (Viransehir), and their surroundings, and the rural Tur Abdin region. The period covered spans the last centuries of Byzantine and the first century and a half of Arab rule, when the region was, on the one hand, a stage of war and riven by religious controversies, and a cultural interspace on the other. Keser Kayaalp discusses the different dynamics in this frontier region and the resulting built environment and church architecture in pursuit of providing a regional contribution to the study of the transformation that the Byzantine civilization underwent in the late antique period and understanding the continuities and changes after the Arab conquest.

Elif Keser Kayaalp is an Associate Professor at Dokuz Eylul University, Izmir since 2015. Prior to that, she held a post at Mardin Artuklu University between 2012 and 2015. She received her doctorate from the University of Oxford in March 2009. She was awarded post-doctoral grants from Turkish Cultural Foundation, American Research Institute in Turkey, and Research Center of Anatolian Civilisations at Koc University. She also received a Georg Forster Research Fellowship for experienced researchers from Alexander von Humboldt Foundation, and did research at Ludwig Maximilian University in Munich in the summers between 2015-2017.