Oxford Dictionary of the Christian Church 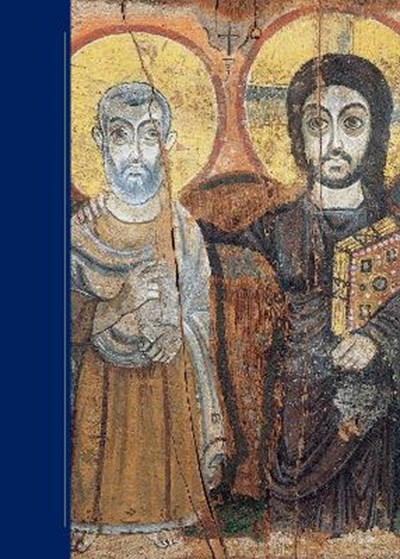 Oxford Dictionary of the Christian Church

Publisher: Oxford University Press
ISBN: 9780198867890
Number of Pages: 960
Published: 17/02/2022
Description Author Information Reviews
Uniquely authoritative and wide-ranging in its scope, The Oxford Dictionary of the Christian Church is the indispensable reference work on all aspects of the Christian Church. It contains over 6,500 cross-referenced A-Z entries, and offers unrivalled coverage of all aspects of this vast and often complex subject, from theology; churches and denominations; patristic scholarship; and the bible; to the church calendar and its organization; popes; archbishops; other church leaders; saints; and mystics. In this new edition, great efforts have been made to increase and strengthen coverage of non-Anglican denominations (for example non-Western European Christianity), as well as broadening the focus on Christianity and the history of churches in areas beyond Western Europe. In particular, there have been extensive additions with regards to the Christian Church in Asia, Africa, Latin America, North America, and Australasia. Significant updates have also been included on topics such as liturgy, Canon Law, recent international developments, non-Anglican missionary activity, and the increasingly important area of moral and pastoral theology, among many others. Since its first appearance in 1957, the ODCC has established itself as an essential resource for ordinands, clergy, and members of religious orders, and an invaluable tool for academics, teachers, and students of church history and theology, as well as for the general reader.

Andrew Louth is Professor Emeritus of Patristic and Byzantine Studies at Durham University. His many publications include Denys the Areopagite; Maximus the Confessor; St John Damascene: Tradition and Originality in Byzantine Theology; Greek East and Latin West: The Church AD 681-1071. He is also co-editor of Oxford Early Christian Studies and Oxford Early Christian Texts. F. L. Cross was the Lady Margaret Professor of Divinity in the University of Oxford and Canon of Christ Church from 1944 to 1968. From 1941 to 1948, he was editor of what later was published as A Patristic Greek Lexicon; in 1951 initiated the Oxford International Conferences on Patristic Studies. E. A. Livingstone assisted F. L. Cross in the first edition of The Oxford Dictionary of the Christian Church and in the organization of the Oxford International Conferences on Patristic Studies. On his death she assumed responsibility for the second and third editions, and organized the conferences from 1969 to 1995, editing the proceedings. She received an MBE, a Lambeth DD, and a British Academy President's Medal for services to patristic scholarship.