Dreams and Divination from Byzantium to Baghdad, 400-1000 CE 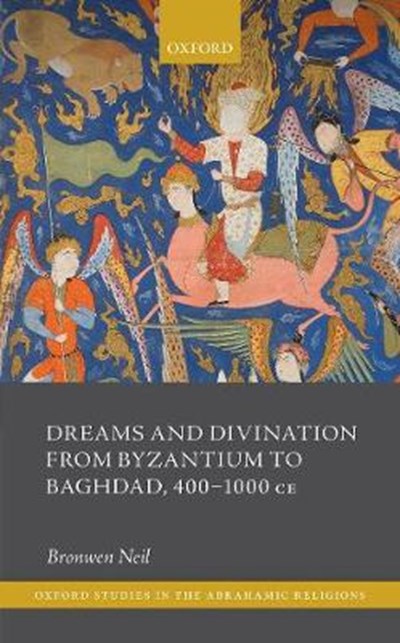 Dreams and Divination from Byzantium to Baghdad, 400-1000 CE

eBook FAQ
Add to Basket
Publisher: Oxford University Press
ISBN: 9780198871149
Number of Pages: 256
Published: 14/01/2021
Width: 14.2 cm
Height: 22.3 cm
Description Author Information Reviews
Why did dreams matter to Jews, Byzantine Christians, and Muslims in the first millennium? Dreams and Divination from Byzantium to Baghdad, 400 - 1000 CE shows how the ability to interpret dreams universally attracted power and influence in the first millennium. In a time when prophetic dreams were viewed as God's intervention in human history, male and female prophets wielded was unparalleled power in imperial courts, military camps, and religious gatherings. The three faiths drew on the ancient Near Eastern tradition of dream key manuals, which offer an insight into the hopes and fears of ordinary people. They melded pagan dream divination with their own scriptural traditions to produce a novel and rich culture of dream interpretation. Prophetic dreams enabled communities to understand their past and present circumstances as divinely ordained and helped to bolster the spiritual authority of dreamers and those who had the gift of interpreting their dreams. Bronwen Neil takes a gendered approach to the analysis of the common culture of dream interpretation across late antique Jewish, Byzantine, and Islamic sources to 1000 CE, in order to expose the ways in which dreams offered women a unique opportunity to exercise influence. The epilogue to the volume reveals why dreams still matter today to many men and women of the monotheist traditions.

Bronwen Neil is Professor of Ancient and Byzantine History at Macquarie University, and foundation director of the Macquarie University Centre for Ancient Cultural Heritage and Environment (CACHE). She works on Greek and Latin literature of the first millennium CE, and the history of religious ideas and their influence on culture in this period.