Thinking Christianly in an Existential Mode 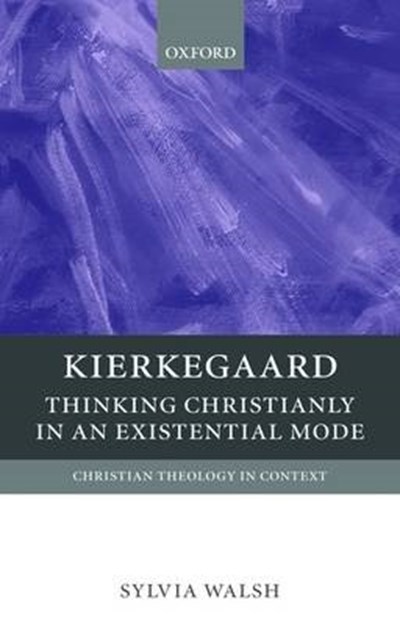 Thinking Christianly in an Existential Mode

QTY
Add to Basket
Publisher: Oxford University Press
ISBN: 9780199208364
Number of Pages: 246
Published: 13/11/2008
Width: 13.7 cm
Height: 21.6 cm
Description Author Information Reviews
Soren Kierkegaard (1813-1855) was first and foremost a Christian thinker who is perhaps best known for his devastating attack upon Christendom or the established order of his time. Not since Luther has there been a Protestant thinker who has so uncompromisingly sought to define and present Christianity in its utmost integrity. Characterizing Christianity as an 'existence-communication' rather than a doctrine, Kierkegaard sought to portray what it means to be a Christian in the strictest sense in the interest of reintroducing authentic Christianity as an existential possibility for every individual in the modern age. Sylvia Walsh explores Kierkegaard's understanding of Christianity and the existential mode of thinking theologically appropriate to it in the context of the intellectual, cultural, and socio-political milieu of his time. She contrasts his approach with objective ways of doing theology which in his view falsify Christianity and the believer's relation to it. The study begins with a biographical overview of the personal and intellectual influences, theological upbringing, important events, and phases of authorship in Kierkegaard's life. Walsh highlights some of his most important contributions to Christian thought concerning the Christian understanding of God; our human condition in anxiety, sin, and despair and the task of becoming a self before God; Christ as the absolute paradox, redeemer, and prototype; the Christian life of faith, hope, and love; and the relation of religion, culture, and society.

Sylvia Walsh is currently a Scholar in Residence in the philosophy department at Stetson University, where she has been an adjunct professor and visiting associate professor of philosophy since 1989, teaching courses in the history of western philosophy, philosophy of religion, feminist philosophy, and feminist ethics.

a work of substantive theology and philosophy. Mark A. Tietjen, Scottish Journal of Theology Throughout the book, the depth of Walsh's research seems never to falter, and her interaction between Kierkegaard and his detractors, alter-ego's, contemporary adversaries, and theological successors is admirable ... Walsh's contribution to Kierkegaard studies is modern, relevant, and fresh. Emily Manthei, Journal of Theological Studies a clear, reliable, and erudite guide to a somewhat neglected aspect of Kierkegaard's authorship. It represents a considerable scholarly achievement, and will be essential reading, at least as a starting pointm for graduate students of Kierkegaard's theology, and also for philosophers seeking to refresh or to deepen their appreciation of this think. Clare Carlisle, Religious Studies