Confessor of the Faith 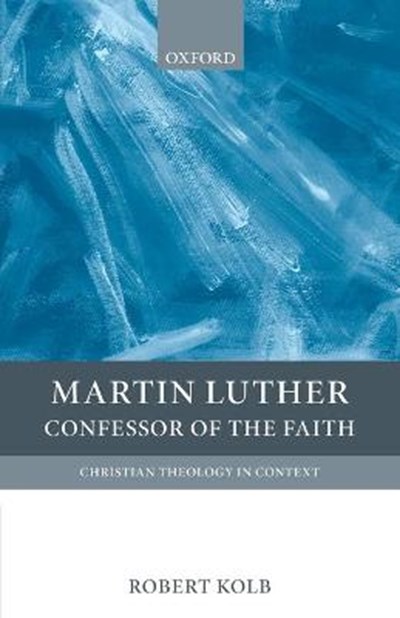 Confessor of the Faith

eBook FAQ
Add to Basket
Publisher: Oxford University Press
ISBN: 9780199208944
Number of Pages: 222
Published: 05/02/2009
Width: 13.8 cm
Height: 21.6 cm
Description Author Information Reviews
Martin Luther's thought continues to challenge people throughout the world in the twenty-first century. His paradigmatic shift in defining God and what it means to be human left behind a foundation for viewing human creatures that was anchored in Aristotle's anthropology. Luther defined the Revealed God in terms of his mercy and love for human beings, based not on their merit and performance but rather on his unconditioned grace. He placed 'fearing, loving, and trusting God above all else' at the heart of his definition of being human. This volume places the development and exposition of these key presuppositions in Luther's thinking within the historical context of late medieval theology and piety as well as the unfolding dynamics of political and social change at the dawn of the modern era. Special attention is given the development of a 'Wittenberg way' of practicing theology under Luther's leadership. It left behind a dependence on allegorical methods of biblical interpretation for a 'literal-prophetic' approach to Scripture. More importantly, it placed the distinction between the 'gospel' as God's unmerited gift of identity as his children and the 'law', the expression of God's expectations for the performance of his children in good works, at the heart of all interpretation of the Bible. This presuppositional framework for practicing theology reflects Luther's personal experience and his deep commitment to pastoral care of common Christians as well as his reading of the biblical text. It is supported by his distinction of two kinds of human righteousness (passive in God's sight, active in relationship to others), his distinction of two realms or dimensions of human life, and his theology of the cross. The volume unfolds Luther's maturing thought on the basis of this method.

Robert Kolb (Ph.D., University of Wisconsin, 1973) served as director of the Center for Reformation Research, Saint Louis USA (1972-1977) and subsequently taught at Concordia College, Saint Paul (1977-1993) and Concordia Seminary, Saint Louis (1993-present). He served as Associate Editor and Co-editor of The Sixteenth Century Journal (1973-1997). Since 1993 he is a member of the Continuation Committee of the International Congress on Luther Research. He is the author of fifteen books and nearly one hundred articles, for the most part on Reformation history.

a compact, useful aid and refresher for students and specialists...an excellent companion text to the standard introductory theological surveys of Luther's thought...a manageable and rewarding read. Gregory Graybill. The Journal of Theological Studies It is high time that we returned to the authentic Luther. Luckily for us, Kolb has taken on the task. His splendid book is far more than the convenient introduction to Lutheran theology that it purports to be... Thinking Luther's thoughts was a nuanced, detailed business. The great virtue of Kolb's book is that it takes us step-by-step, through the tortuous process. As an exploration of a troubled, fecund mind Kolb's study deserves the highest praise... [an] outrageously accomplished book. Johnathan Wright, Catholic Herald Books about Martin Luther abound, but good ones such as this do not ... Kolb pours a career of studying Reformation themes ... into this small book ... this volume offers a splendid overview of Luther for all those interested in Reformation thought. Timothy J. Wengert, Journal of Ecclesiastical History