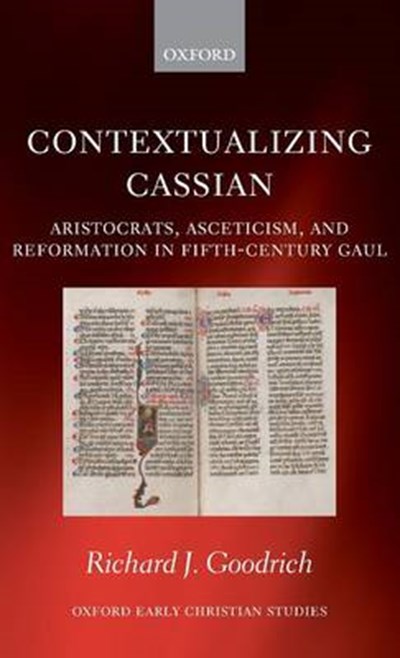 QTY
Add to Basket
Publisher: Oxford University Press
ISBN: 9780199213139
Number of Pages: 310
Published: 02/08/2007
Width: 14.5 cm
Height: 22.2 cm
Description Author Information Reviews
Richard J. Goodrich examines the attempt by the fifth-century ascetic writer John Cassian to influence and shape the development of Western monasticism. Goodrich's close analysis of Cassian's earliest work (The Institutes) focuses on his interaction with the values and preconceptions of a traditional Roman elite, as well as his engagement with contemporary writers. By placing The Institutes in context, Goodrich demonstrates just how revolutionary this foundational work was for its time and milieu.

Richard J. Goodrich is a Research Fellow in the Department of Classics and Ancient History, University of Bristol.

an excellent example of how careful attention to historical context can shed new light on an unglamorous text. I hope it receives the wide audience it deserves. Michael Stuart Williams. The Journal of Theological Studies There is much to recommend in this well-written, thoughtful and clearly structured study. Winrich Lohr, Ecclesiastical History