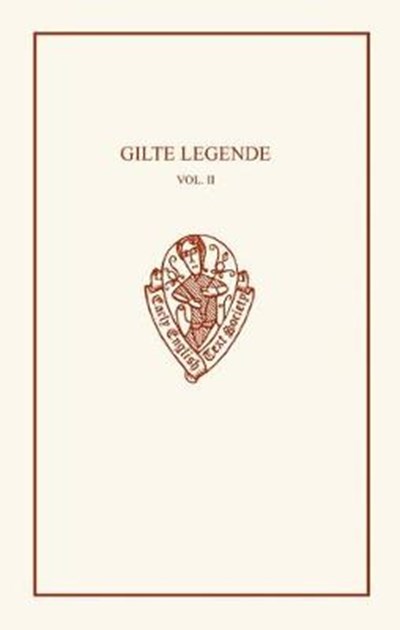 QTY
Add to Basket
Publisher: Oxford University Press
ISBN: 9780199234394
Number of Pages: 552
Published: 01/01/2007
Width: 13.8 cm
Height: 21.6 cm
Description Author Information Reviews
The Gilte Legende is, for the most part, a close translation "drawen out of Frensshe into Englisshe" in 1438, of Jean de Vignay's Legende doree of about 1333-40, itself a close translation of Jacobus de Voragine's Legenda aurea, completed c.1267. The importance of the Legenda aurea as one of the most widely copied and read books of the later Middle Ages can hardly be overestimated. This is the second of a projected set of threevolumes: I and II contain the text, and III will contain the general introduction, notes and glossary. Richard Hamer is an Emeritus Student of Christ Church, Oxford, and former Tutor in English Literature; Vida Russell,the co-editor, was formerly a Senior Lecturer in English at the University of Adelaide.

Richard Hamer has previously edited, with Vida Russell, Supplementary Lives in some Manuscripts of theGilte Legende, EETS O.S. 315 (2000). The three volumes of Gilte Legende are the centrepiece of this project begun with O.S. 315. He has written the intoduction and notes to The Golden Legend: Selections, Penguin Books (London, 1998).