Byzantine Philosophy and its Ancient Sources 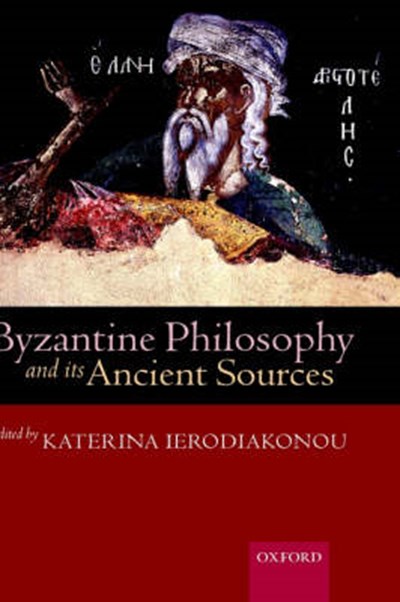 Byzantine Philosophy and its Ancient Sources

QTY
Add to Basket
Publisher: Oxford University Press
ISBN: 9780199246137
Number of Pages: 318
Published: 28/03/2002
Width: 12.2 cm
Height: 24.1 cm
Description Author Information Reviews
Byzantine philosophy is an almost unexplored field. Being regarded either as mere scholars or as primarily religious thinkers, Byzantine philosophers, for the most part, have not been studied on their own philosophical merit, and their works have hardly been scrutinized as works of philosophy. Thus, although distinguished scholars in the past have tried to reconstruct the intellectual life of the Byzantine period, there is no question that we still lack even the beginnings of a systematic understanding of the philosophy of the Byzantines. Byzantine Philosophy and its Ancient Sources is conceived as a concerted attempt in this direction. It examines the attitude the Byzantines took towards the ancient philosophical tradition and the specific ancient sources which they relied upon to form their theories. But did the Byzantines merely copy ancient philosophers or interpret them the way they already had been interpreted in late antiquity? Does Byzantine philosophy as a whole lack a distinctive character which differentiates it from the previous periods in the history of philosophy? Eleven scholars, representing different disciplines from philosophy and history to classics and medieval studies, approach these questions by thoroughly investigating particular topics which give us some insight as to the directions in which we should look for possible answers. These topics range, in modern terms, from philosophy of language, theory of knowledge, and logic, to political philosophy, ethics, natural philosophy, and metaphysics. The philosophers whose works our contributors study belong to all periods from the beginnings of Byzantine culture in the fourth century to the demise of the Byzantine Empire in the fifteenth century.

This book is an excellent beginning, particularly as it makes accessible and available to the reader writers one might not normally read, including scholars from Greek institutions, whose work is here translated from the Greek. Kiki Kennedy-Day, Transcendent Philosophy ... fine introduction ... praise-worthy. Jahrbuch Der Osterreichischen Byzantinistik Linos Benakis's epilogue on current research in Byzantine philosophy will be a welcome starting-point for all who want to emark on, or continue, their own research in the field. Especially potential Ph.D. students in search of exciting topics might find that it contains many rare treasures yet to be lifted from the dark recesses of forgotten libraries and ares of philosophical inquiry. Religious Studies This volume can be recommended to anyone interested in Byzantine philosophy. It is obligatory reading not only for those engaged in Byzantine studies, but also for students in adjacent areas. Religious Studies The collection is of the highest quality. Religious Studies