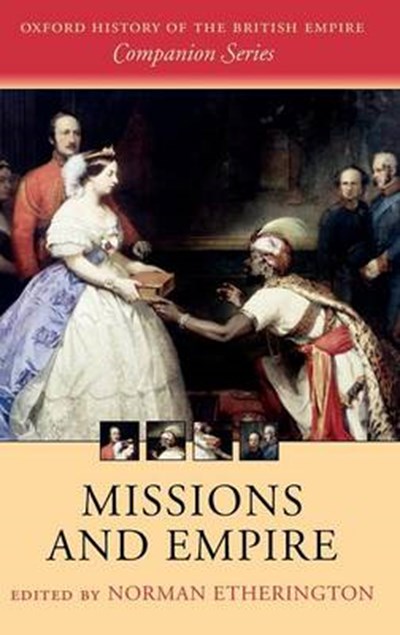 QTY
Add to Basket
Publisher: Oxford University Press
ISBN: 9780199253470
Number of Pages: 346
Published: 14/07/2005
Width: 16.3 cm
Height: 24.2 cm
Description Author Information Reviews
The explosive expansion of Christianity in Africa and Asia during the last two centuries constitutes one of the most remarkable cultural transformations in the history of mankind. Because it coincided with the spread of European economic and political hegemony, it tends to be taken for granted that Christian missions went hand in hand with Imperialism and colonial conquest. In this book historians survey the relationship between Christian missions and the British Empire from the seventeenth century to the 1960s and treat the subject thematically, rather than regionally or chronologically. Many of these themes are treated at length for the first time, relating the work of missions to language, medicine, anthropology, and decolonization. Other important chapters focus on the difficult relationship between missionaries and white settlers, women and mission, and the neglected role of the indigenous evangelists who did far more than European or North American missionaries to spread the Christian religion - belying the image of Christianity as the 'white man's religion'.

Norman Etherington recieved his BA and PhD degrees from Yale University. He joined the History Department at the University of Adelaide as a Lecturer in 1968 and was subsequently appointed Reader in History. In 1989 he moved to the University of Western Australia taking up the position of Professor and Chair of History. He is a Fellow of the Academy of the Social Sciences in Australia, a past President of the Australian Historical Association, a Member of the International Council on Monuments and Sites (ICOMOS), a Member of the International Association for mission studies, and a Fellow of the Royal Historical Society of Great Britain. Professor Wm Roger Louis Editor-in-Chief Kerr Professor of English History and Culture, University of Texas, Austin

A marvellous resource for teaching...an excellent introduction Elizabeth Elbourne, Journal of Southern African Studies Missions and Empire is a wonderful addition to the OHBE series. ten Walles, British Scholar offers a multifaceted and thought-provoking study of the relationship between missions and the British Empire Kevin Grant, Journal of British Studies This book features essays of uniformly high quality that articulate many important parts of the relationship between missions and empire Kevin Grant, Journal of British Studies wide-ranging and well-written collection James Munson, Contemporary Review The history of missions recounted in these fascinating essays underscores the importance of the social relations of lived religion, of privileges defended and feet left unwashed Susan Thorne, History Workshop Journal There is much to admire, and the book ought to continue the debate on the relationship between British mission societies and the Empire Helena Bethea Gardner, Journal of Pacific History ...makes the case for a fresh look at the relationship between missions and empire and from a variety of disciplinary perspectives. David Arnold, THES [a] wide-ranging and well-written collection of thirteen essays Contemporary Review ...[an] important and fascinating collection of essays Church of England Newspaper ...the collection is a marvellous resource for teaching Journal of Southern African Studies