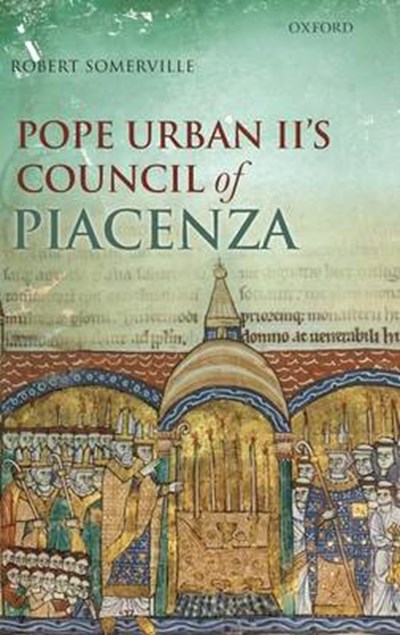 QTY
Add to Basket
Publisher: Oxford University Press
ISBN: 9780199258598
Number of Pages: 160
Published: 27/10/2011
Width: 16.6 cm
Height: 24.1 cm
Description Author Information Reviews
The Council of Piacenza is among the most important moments of the Reform that was sweeping through the Western Church at the end of the eleventh century. It is often regarded as a launching pad for the First Crusade, though the matter is obscure and serves only to hide the assembly's true significance as a turning point in the papal schism between Popes Gregory VII/Urban II and the so-called anti-pope Clement III. The canons promulgated at Piacenza became landmarks not only for the eleventh- and twelfth-century Reform, but more broadly for the Church of the High Middle Ages and even beyond. Robert Somerville situates Piacenza in historical context, discusses the sources, the attendance, and the need for a new edition of the legislation. The official canons are lost, but several dozen twelfth-century manuscripts were consulted for a new edition of these provisions. The account finishes with a commentary on Piacenza's legislation and a discussion of the subsequent legislation of Urban II's synods. Somerville completes the picture of what can be known about the papal synods of one of the most influential Roman pontiffs of the Middle Ages.

Robert Somerville is a specialist in pre-modern Western Church history and canon law, especially of the eleventh through the thirteenth centuries, and is the author of many books and articles on Church history from the fourth through the sixteenth centuries. His book on Pope Urban II's Council of Piacenza (1095) forms a kind of trilogy with his earlier volumes on Urban's Council of Clermont (1095), and the Council of Melfi (1089) and the Collectio Britannica. Prof. Somerville is a fellow and corresponding fellow of several academies and learned societies in the United States and in Europe, including the Medieval Academy of America and the Bayerische Akademie der Wissenschaften. In addition to Columbia University he has taught at the University of Pennsylvania, and has been a visiting professor at the University of California, Berkeley, and at New York University, and also has lectured at conferences and universities in North America and in Europe.

Strikingly penetrating study. Detlev Jasper, Journal of Ecclesiastical History Vol. 64.2 Meticulously researched and highly detailed, this book will be an invaluable resource for researchers in the field. It should also be of interest to those curious about the challenges of interpreting the sources for this period of church history. Michael Tivey, Journal of History and Cultures