F D Maurice and the Crisis of Christian Authority 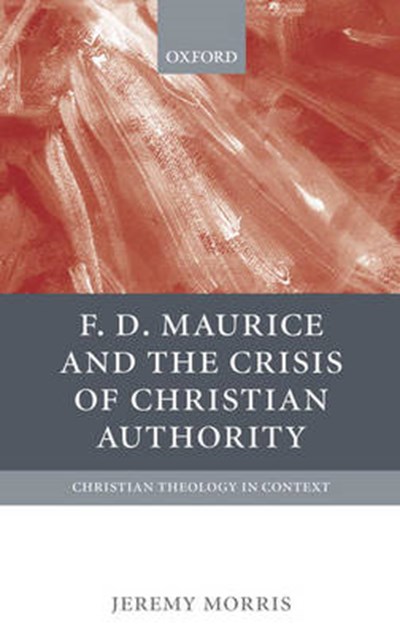 F D Maurice and the Crisis of Christian Authority

QTY
Add to Basket
Publisher: Oxford University Press
ISBN: 9780199263165
Number of Pages: 252
Published: 17/03/2005
Width: 14.5 cm
Height: 22.4 cm
Description Author Information Reviews
F. D. Maurice was a leading nineteenth-century theologian famous for founding the movement called Christian Socialism. In the first major reassessment of Maurice's work for many years, Jeremy Morris argues that his importance above all lay in his thinking about the Christian Church, and about its social role. At a time when many people feared the collapse of Christianity and of social order, Maurice tried to show that Christians, despite their many differences, had a responsibility to the whole of society. By appreciating the source and strength of each other's convictions, they could learn to work together to restore the authority of the Christian faith. It was the Church of England's task in particular to bring its message of hope to the poor as well as the rich.

Morris reads Maurice in the light of controversies of his own times and, unlike many earlier surveys, he does not fall into the trap of hagiography. Mark Chapman, Theology Journal. This book is the best introduction to a theologian whom we neglect to our impoverishment. Church Times Morris's thoroughly researched and clearly written book is especially distinguished by its effective contexualising of Maurice's theology. Historians as well as theologians will profit from reading it. Denis Paz, Journal Ecclesiastical History Jeremy Morris offers a reliable guide to a theologian who, like Newman, has suffered from excessive praise. John Kent, The Journal of Theological Studies